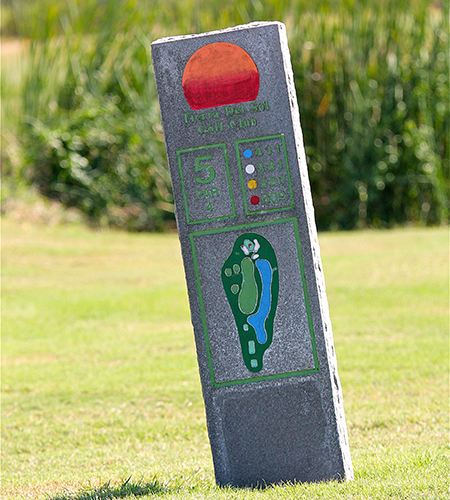 For six months out of the year, John McCutcheon works on a golf course cutting grass as the Legacy Ridge’s groundskeeper in Owenstown, Ontario.

Now, however, he and his wife are back in the Rio Grande Valley and enjoying the weather, food and friendly people at their Victoria Palms winter home. And for these six months, McCutcheon is playing golf instead of working it.

“Whenever I can get out on the golf course, I’m just thrilled,” said McCutcheon, who has been golfing for 49 years, since he was 16 years old. “A friend back home was telling me he just pulled his boat off the dock and he was walking on ice. He said it turned icy Nov. 12, the earliest in 50 years.

“So, yeah, I’m pretty thrilled to be on a golf course any day here.”

McCutcheon, like most golfers, have his favorite courses and within those favorite courses there are a few holes that are more enjoyable to play for the golfer than others– it could be because of the challenge, or because they do well on it or simply because of the scenery and nature. These are the course’s hidden gems, holes that rise up to the player’s favorites list and keeps them coming back for more.

McCutcheon said he plays Tierra Santa, Los Lagos and Palmview the most, but added that “Palmview is the most challenging because all the balls run into the water.”

“Tierra Santa is close, so we play that one a lot. I think the thing down here that’s different, and I like, is the fact that the fairways are wide, especially at Tierra Santa. They are very forgiving, there are no out of bounds.”

Almost every golfer who has played anywhere in the Valley probably knows of Tierra Santa’s No. 18, possibly the most challenging, and picturesque ending hole in the RGV. Of course, it’s the first one McCutcheon mentions when talking about his list of “hidden gems.”

“No. 18 at Tierra Santa is very challenging and fun to play,” he said.

“Another one I enjoy that’s challenging is the little par 3 at Los Lagos, it’s kind of like an island green and you never know what the wind is going to do out there.”

Another extremely popular hole at Tierra Santa is the split fairway No. 8. A golf can try to go over the water on the left side, or be safe and go right – then still have to go over water for an approach shot into the green.

“You can find water on every shot on that hole,” McCutcheon said. “I’ve taken a 7-iron down the right side and then another into the green and I feel more comfortable there. I enjoy playing that hole.”

McCutcheon has one hole-in-one to his name, that came back in Meaford, Ontario, off a tee box that was elevated 150 feet, making the shot to the green downhill.

“I was playing with my son and we couldn’t see the green and we didn’t know where it went,” he said. “Usually my best shot is like that, one you can’t see.”

Barry Janssen also loves challenges and he said that he gets a good challenge especially with holes No. 8 and 18 at Llano Grande Golf Course and with 1 and 11 at Tony Butler Municipal Course in Harlingen.

He especially likes starting off his round with the big dogleg right at Tony Butler. 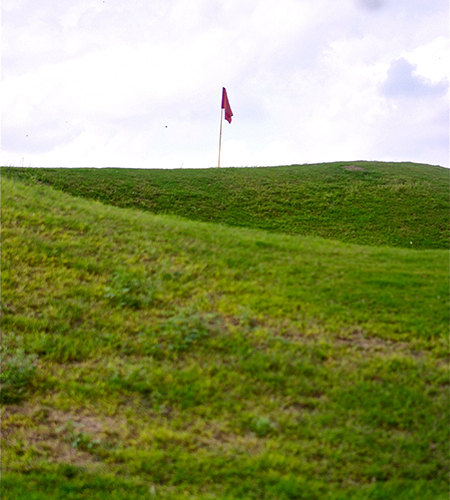 “It’s a real big dogleg and if you don’t get your tee shot in the right spot, you are almost guaranteed to not get over the creek on the second shot,” said Janssen, a Minnesota native who lives in Lakewood Village and enjoys playing Llano Grande, Tony Butler, Monte Cristo and Treasure Hills golf courses.

“I also like No. 11 there. It’s a little shorter par 4 from 340 yards out, but with a good drive you can reach the green because it’s downhill after that. You can make quite a few birdies on that hole.”

Janssen actually picked up the sport when some of his softball teammates saw how far he could crush a softball – the same can be said now off the tee.

“I liked hitting the crap out of it,” Janssen said, adding he didn’t start playing golf until he was 29 or 30 years old. “But I’ve learned in the past year or so to slow down and hit the ball square and it will go just as far as if you’re trying to hit the crap out of it.”

Janssen added the biggest difference to him on South Texas golf courses is the grass.

“I just wish I could get out more often to play. I was a contractor for 47 years and was out working whether it was 87 degrees or 20-below. I’d be working today, so I’m glad to be down here.”“It’s a lot different,” he said. “The fairways up there are almost like carpet, except for the six inches of leaves down the middle when fall arrives. I’d say, though, that the challenges are different, but over all about the same.

David Engstrom, of Kansas City, has been coming to the Valley for the past eight years and started golfing “30 or 40 years ago,” he said. He lives at Stuart Place in Harlingen and leans toward that course as his favorite, even though he also enjoys Treasure Hills.

“It’s not overly long but it does test you,” Engstrom said of Stuart Place, a nine-hole course. “You have to hit the ball straight to stay in the fairway and the greens are good. You’ll be rewarded with a good putt.”

His favorite gem is No. 6, a long par 5 where each shot is paramount in setting up the next shot.

“You need to hit a great tee shot and second shot and then you have to get over water to get to the green,” he said. “But if you do all those things then you will have a shot to be rewarded with a birdie.”
Of course, on any hole there’s also the wretched South Texas wind to face.

“You know how the wind is down here, No. 6 is a hole that plays into the wind a lot of the time

because it faces south and that adds a lot of challenge to it,” he said. “A golf buddy told me once that wind doesn’t affect a well hit shot but one thing about wind is if you hit with a little slice or hook it makes it a big slice or hook, if you hit under it, it will make bigger what you’d done wrong. But 6 is also reachable if you have the wind behind you – and you hit a great tee shot.”

Engstrom is still waiting for his first hole-in-one (“there will be a big party when that happens”) but said that the “Valley needs to do more to get the word out about this place and about the Valley itself.”

Now, that is truly a hidden gem.