Their popularity should be obvious when you consider that Knoebel's Amusement Resort in Pennsylvania has brought them to their stages to entertain for 20 consecutive seasons!

Tess Davison is a beauty queen from the Philippines who came to the States as Pat's bride in 1995.  Tess became a proud American Citizen in 2011; The proudest American Citizen you will ever meet!
Her grace and beaming smile add immeasurably to their fun show!

Their daughter, Mabelle, sometimes appears with them as “Miss Mabelle, The Texas Tornado!” Hula Hoop Champion. Her skill and charisma steal the show – and the hearts of the audience! - wherever they appear!

Mabelle is a recent graduate of The Institute for American Musical Theatre in New York City and she will be pursuing her goal of appearing on Broadway. 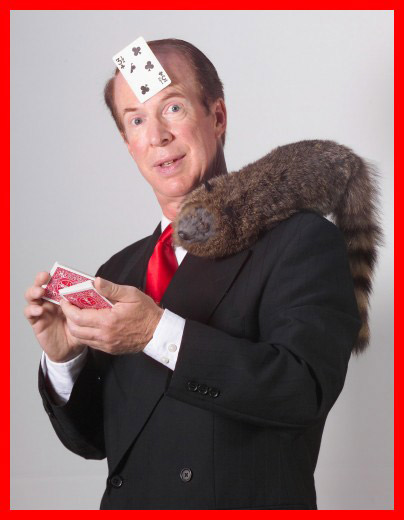 One of their favorite venues in which to entertain has always been the RV Parks in the Rio Grande Valley where they bring tons of laughs to the Winter Texans!  In addition to your park, you may have seen their shows at BorderFest, The Rio Grande Valley Livestock Show or the Starr County Fair.

The Winter Texans are constant saying that the “COMEDY MAGIC CIRCUS!” is “The best show we have ever had in our park!”, and “I could NOT stop laughing! It was so much fun!”

The Davisons will be back in the Valley for the 2018-19 season and still have some dates available to bring “The Most Fun Show In The Valley!” to your park.  Don't miss out on the fun!  You can find more information and contact Pat at www.SuperComedyShow.com .

Find out for yourself what all of the fuss is about! Visit their website, www.SuperComedyShow.com, then call Pat at 612-597-7797 to reserve a date for your park!