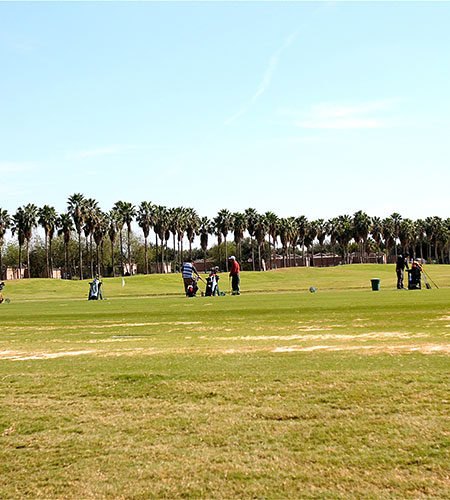 For several years we have gotten Winter Texans’ input on the Valley top golf course and favorite holes at the golf courses in the Rio Grande Valley. This year we are starting a little early with our series that introduces some hidden gems at the more popular Valley golf courses.

We will be running a three-part series introducing these hidden gems in three categories – lower, middle and upper Valley. These hidden gems are recommended by the golf pros, or regulars, at the golf courses.

In turn, we would like to hear from you during the series. We will have a survey on our website, www.wintertexantimes.com, for you to vote on your favorite hole. We will be taking votes until November 13. We will announce winners in an article on November 20.

Similarly, golf courses have some hidden gems of their own. Sure, they have their “signature holes,” usually the most difficult, most scenic or most unique (most of the times all three) hole on the course.

But hidden away are those other holes that bring a smile to a golfer’s face (sometimes dread) but, just like a mystery writer who throws twists and turns throughout their novels, golf courses do the same. Three of the courses in the Upper Rio Grande Valley that often appear on top of Winter Texans’ favorite places to play are no different. And, over the course of the past 12-18 months have made some changes to not only improve the course but also have made some of their gems all “shiny and new again.”

Before you even get to the golf course at Palmview, there’s a hard-to-hide hidden gem that was just constructed over the summer.

“The driving range here is amazing,” Golf Director Carlos Espinosa said. “You won’t find many driving ranges of this size and quality that are open to the public in the United States. I honestly, don’t know if there are any.”

“It’s a monster,” Espinosa said. “It almost looks like a football field.”
Espinosa said that on the course, the 340-yard par-4 No. 10 is a gem that will challenge golfers from the tee, more from the approach and finally on the putt, if you’re lucky enough to get on the green in two.

“The way the wind blows, the way the green slopes, and with the lake in front of the green – a small green, it makes it very difficult,” Espinosa said. “It’s very hidden.”

The key to the hole is to get a good tee shot that lands between 120-130 yards from the green.

“That’s where the challenge begins,” Espinosa said. “The wind can be up and down there. There’s a berm behind it that blocks the wind, but only sometimes. Then if you come up short on the green – you can go five or six yards past the water, but the way the green is sloped, it will trickle back and could end up in the water, just like at Augusta.

“The tee shot isn’t the difficult shot; the second shot is.” 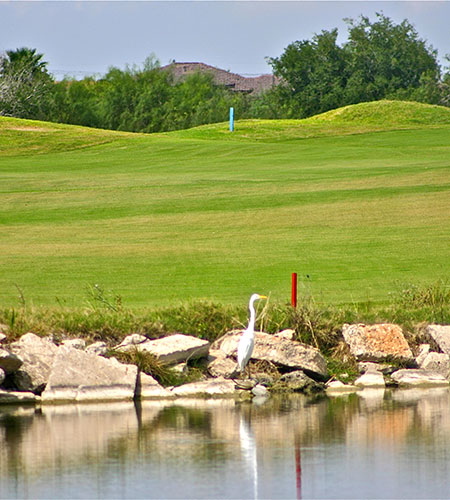 Los Lagos is currently building a couple of new gems - well more like shining them up - into its course. The 18-hole facility known for fairways that seemingly all slant to the water, and hundreds of moguls throughout, is making some modification to two holes that manager Liz Segar said will add to the enjoyment of playing the course.

As golfers finish No. 13, they will see a new rustic monument at the back of the hole with the Los Lagos logo. Then, it’s off the No. 14, currently being worked out. The short par-3 is having a new tee box added to it. The 175-yard shot is straight over water. There’s no tees, no trees but only a bunker in front of the green, guarding it.

Of course, there’s always the Los Lagos wind, similar to what one would face at the island. So, prepare to go up a club or two and enjoy the new scenery.

No. 14 is also usually the money-prize hole when it comes to golf tournaments. Sink a hole-in-one and suddenly this gem has paid off.

In 2013, Tierra del Sol put close to a million dollars of work into their golf course. Since then, many of the holes can be considered hidden gems, with shiny new greens, new cart paths and several renovated tee boxes.

Golf pro Mike Fernuik believes that among others, No. 5, a par-4, 411-yard hole, is among the shiniest of the gems.

“It’s a dogleg right with water down the right side, trees on the left and surrounded by two bunkers,” Fernuik said.

The hole – as most seemingly do – typically plays into the wind.

“The fairway I wouldn’t say is too wide – maybe 20-30 yards,” Fernuik said. “But you have obstacles on the left and a pond on the right. It ranges in yardage from the men’s tees from 360 to 411 yards. It’s a challenging hole.”