Parade marks 185th anniversary of Battle at the Alamo 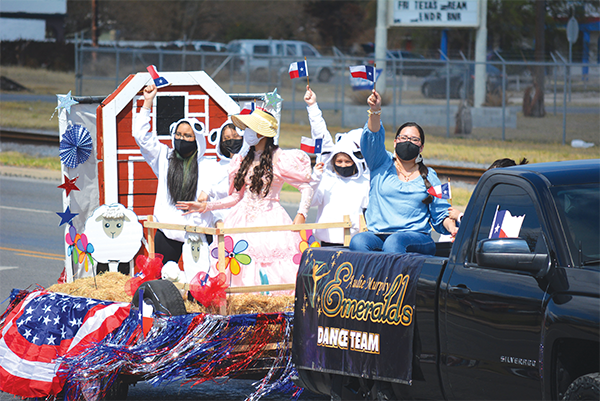 When the Alamo area parade participants stepped out on the route along Alamo Road last Saturday, they marked the exact 185th anniversary ending the battle at the Alamo mission in San Antonio. While the battle was lost on March 6, 1836, its rallying cry launched Texas toward independence. 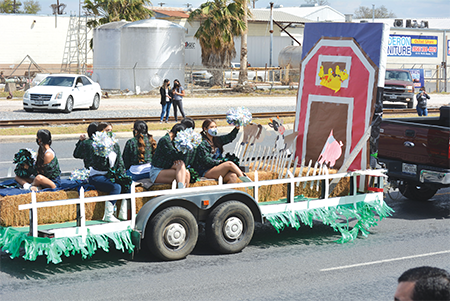 The 13-day battle between 1,800 to 6,000 Mexican soldiers under General Santa Anna and 189 defenders of the Alamo under Lt. Col. William Travis came to a bloody conclusion on that fateful day when Santa Ana ordered an assault on the San Antonio mission complex in which 600 or more Mexican soldiers died along with all the Texas defenders. The only Americans to survive were civilians, almost all women and children.

While the price was high, it gave enough time for 59 politicians in the hamlet of Washington on the Brazos to hammer out a declaration of independence from Mexico four days earlier.

It was April 21, 1836 that a Texan force led by Sam Houston defeated Santa Anna’s army of 1,500 men at San Jacinto, near present day Houston. It was marked by the rallying cry of “Remember the Alamo!” The battle, which cost the lives of nine Texans, took the lives of approximately 630 Mexican soldiers. It also ended the war for independence from Mexico and created a new nation—the Republic of Texas.

Alamo’s annual Texas Independence Day parade is one of a few across the state to remember the important historic event. The parade put on by the Alamo Chamber of Commerce & Visitor Center was a much more docile affair than the fight to be free from Mexico, using a theme of “nursery rhymes.”

The grand marshal for the parade was in keeping with the children’s theme. Having that role were the kids from the New Generation Child Care of Melina Lerma on Alamo Road.

This year’s parade event was different in several aspects from those in the past, with most participants riding in vehicles and of course wearing masks. 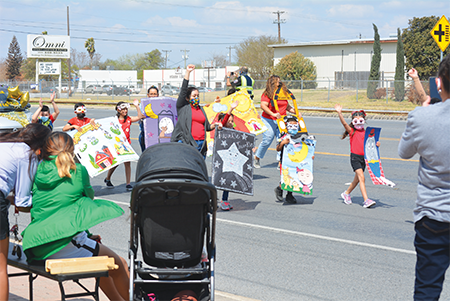 There were no Winter Texan RV park entries either and they were not among the rather sparse number of spectators along the route to Central Park on Business 83. Much of that may have been due to concerns about the virus and lack of vaccinations thus far.

But Anahi Cisneros and Maryann Mendoza from Alamo came to watch, bringing along young Brian Cisneros. Anahi said she came because her sister is one of the PSJA High School Wolverine cheerleaders, who were in the parade.

The program at the end of the parade also was abbreviated with only trophy awards being announced and presented.

But those taking part or coming to watch the awards seemed to enjoy the conclusion as the Audie Murphy Middle School Emeralds Dance Team took the first place entry trophy with a theme of “Little Bo Peep Finding Her Sheep in Texas.”

The second place trophy went to the PSJA High School Dazzlers Dance Team with the theme of “Old McDonald’s Farm.”

And taking third place was the entry of the Sgt. Fernando De La Rosa Memorial Library with a theme of Humpty Dumpty and to “Crack Open a Good Book.”

A fourth overall grand champion trophy was awarded to the PSJA Early College High School cheerleader with a theme of “Row, Row, Row Your Boat” and with the squad having a hand in promoting a total of four entries for the parade.

Photo 3: What more with children's nursery rhymes than to have kids as the parade's grand marshals from New Generation Child Care in Alamo.