The South Texas Historical Association (STHA) will hold a two-day symposium this week. The symposium will feature exhibits, history related presentations and talks, and more.

Part of the international flavor at the upcoming South Texas Historical Association (STHA) Nov. 1-2 Symposium in Alamo is Octavio Herrera Perez from the University of Tamaulipas, Mexico. He will be speaking on “The Low Rio Bravo or Grande del Norte in the Historical Memory of an International Region” at 10:15 a.m. on the symposium’s opening day.

Perez will be followed by George Diaz from the University of Texas Rio Grande Valley discussing “Border Contraband.” In the afternoon that Friday, Alberto Rodriguez from Texas A&M Kingsville, has a talk titled “Performing Blackness in Mexico and the Borderlands: 1920-2000s”

The symposium will be preceded by a 6:30 p.m. reception Thursday, Oct. 31 at the Alamo Museum, 130 South Eighth St., a time to meet and greet speakers. Presentation of a patriotic quilt to a U.S. service veteran is also planned in coordination with a veteran’s exhibit.

The symposium, which is free, except for the $10 lunch each day, begins with a welcome at 9 a.m. Nov. 1 at Bowie Parental Engagement School on Bowie Avenue in Alamo. Emilio Zamora, president of STHA will be part of the welcoming portion along with Alamo Mayor Diana Martinez, Carroll Brinchfield, of STHA, Idolina Vela, president of the Friends of Alamo Museum, and Alejandro Oyoque, museum curator and director.

In addition to the 30-minute history presentations each day, there will be exhibits in one of the classrooms that include model railroading, a Native American arrowhead collection, and Valley baseball. Posters from a middle school contest on South Texas history will be on display, with the winner to be featured on the cover of the STHA’s biannual academic journal. Vendors also will have displays and a STHA silent auction will be conducted.

The symposium is one of two held annually as part of the STHA’s 65-year effort to collect, preserve and disseminate historical records and data related to South Texas along with added emphasis on the Tamaulipan background and the colony of Nuevo Santander. This is the first two-day event in STHA history. 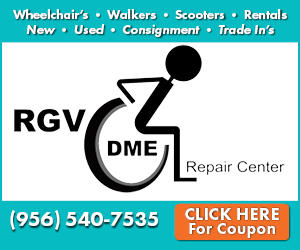