How a murder gave Edinburg its name 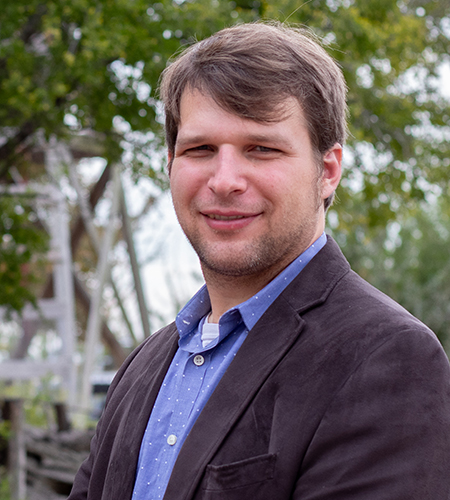 Have you ever visited a little town named Chapin, Texas? If you have ever visited the Museum of South Texas History in Edinburg, then you have stepped into the former townsite of Chapin.

Joseph Fox, the associate education officer for MOSTHistory, will present “The Trial of Dennis Chapin: How a Murder Gave Edinburg Its Name,” a Sunday Speaker Series presentation, Dec. 15, at 2 p.m.

The city of Edinburg, founded in 1908, was originally called Chapin after the city’s founder, Dennis Bangs Chapin. He was also a former Hidalgo County Judge and a land developer within the townsite of Chapin. However, the town changed forever after Chapin shot a man named Oscar J. Rountree in a gunfight in a San Antonio saloon. Immediately following the gunfight, he was arrested and accused of murder—news that reached the citizens of Chapin. Hear more about the incident and the trial that followed during the Sunday Speaker Series presentation.

Fox earned a master’s degree in history from Texas State University in San Marcos where he completed a thesis on Lone Star beer and the 1970s Austin music scene. He has written articles for the Handbook of Tejano History, book reviews for Texas Books in Review, a historical marker for the Texas Historical Commission, and is currently conducting further research on Lone Star beer to expand his master’s thesis into a book.

Sunday Speaker Series is included in the fee for regular museum admission. FRIENDS of MOSTHistory are admitted free as a benefit of FRIENDship and must present their FRIENDship card at the Admissions Desk.

This program is made possible with generous support from the Carmen C. Guerra Endowment. Mrs. Guerra was deeply committed to supporting educational opportunities in the Rio Grande Valley. This named endowment was created at the museum by her family to honor her memory and to continue her commitment to providing opportunities for education to the community.

The Museum is located downtown Edinburg at 200 North Closner Boulevard on the Hidalgo County Courthouse square. Hours of operation are Sunday 1 p.m.-5 p.m. and Tuesday-Saturday 10 a.m.–5 p.m. For more information about MOSTHistory, including becoming a FRIEND, visit MOSTHistory.org, like us on Facebook and Instagram, follow on Twitter, find on YouTube or call +1-956-383-6911.