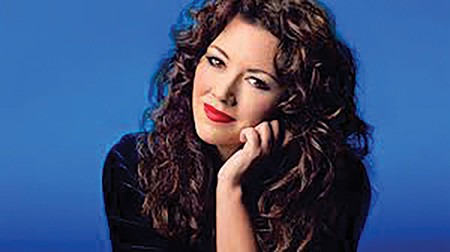 Next year you can enjoy Celtic, 50’s, Patsy Cline and more music during Harlingen Concert Association’s 2020-2021 season. The season is packed with talent and enjoyment for all audiences.

Their first concert will be on November 19. The concert will feature Vinyl Radio. Vinyl Radio is a vocal power with a righteous regard for the great Rock-n-Roll music classics. They perform music from The Eagles, America, Crosby Stills Nash and Young, The Doobie Brothers and more. Vinyl Radio delivers the harmonies and melodies of classic 70s radio.

Ilya Yakushev and Thomas Mesa will perform on January 12, 2021. Ilya was the winner of the 2005 World Piano Competition. Thomas won a first prize in the 2016 Sphinx Competition.

Two world-class soloists combine for a powerhouse duo with international flair. Ilya is known for his musical pyrotechnics on the piano and Mesa is heralded as one of the most charismatic and engaging cellists of his generation. Together they are a stalwart classical duo.

Mandy Barnett sings Patsy Cline will appear on January 19, 2021. Barnett was the star of the original production of Always…Patsy Cline and has been featured on PBS’s Bluegrass Underground.

Mandy Barnett will take the audience on a sparkling journey performing Patsy Cline’s greatest hits together with other classic country and pop standards. It will be a night of enchanting entertainment, celebrating the legacy of a country music icon and the great songs of our time as performed by one of today’s premier vocalists.

On February 8, 2021, Fernando Varela and William Joseph will perform. Varela has been featured in numerous PBS specials and Joseph has shared the stage with many world-class artists.

Varela’s powerful voice tells the tale of a breathtaking tenor whose spirit and determination has defied the odds. Joseph was a child prodigy writing music for solo piano at the age of five and is one of the most electrifying pianists, composers and producers of our time.

The Everly Set will perform on March 2, 2021. Sean Altman is the founder of Rockapella and Jack Skuller has won the Songwriters Hall of Fame Holly Prize.

The Everly Set takes you back to 1957 when Phill and Don Everly first supercharged the vocal sound of Rock-n-Roll with their unique style of harmonies. Lead singers Sean and Jack keep this great music alive with their renditions of Wake Up Little Susie, When Will I Be Loved and more.

The last show of the season will be on March 24, 2020 with Sultans of String. They won the SiriusXM World Group of the Year in 2014 and were Juno Award Nominees in 2015.

The Sultans of String are a genre-hopping passport of Celtic, flamenco, gypsy and Arabic rhythms that celebrates musical fusion with warmth and virtuosity. This amazing quartet excites audiences utilizing fiery violin dances and rumba-flamenco guitar and unstoppable grooves.

All concerts start at 7:30 p.m. The concerts are held at the Harlingen Municipal Auditorium at 1204 Fair Park Blvd. in Harlingen.

Individual tickets go on sale in November and season subscriptions are also available now. You can find out more about the concerts, or purchase tickets, by visiting www.harlingenconcert.com.