The Century Plant—It’s Time to Bloom 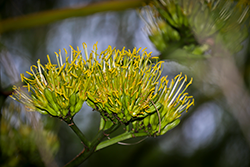 The Century Plant only blooms once in a lifetime every 10 to 25, years so the century thing is an exaggeration, but a quarter of a century is still a long time. The plant is monocarpic in that it flowers, sets seed for pups and then dies. But it leaves plenty of pups or small plantlets at its base to begin a new life cycle. 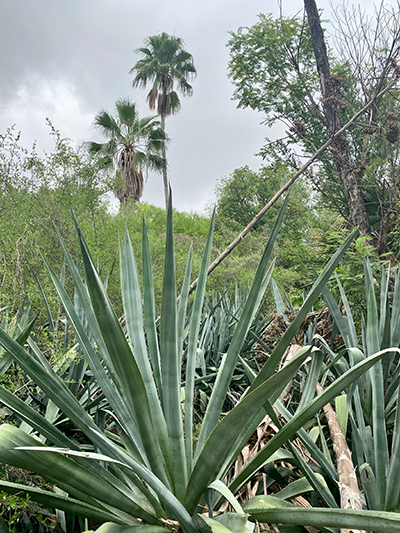 The scientific name for the Century Plant is the Agave Americana. There are over 200 species of agaves and they have been important to many cultures as a source of food, fiber and drink. The Century Plant is a primary source of agave nectar, a syrupy sweetener. The agaves are an economically important species, especially those that produce mescal liquors like the blue agave (Agave tequilana) used for tequila.

The agave plants have a long history of ethnobotanical importance, especially to the peoples in Mexico. Many species have strong fibrous tissue in their leaves, making them useful for ropes, brushes, sandals, nets, baskets and other similar items. 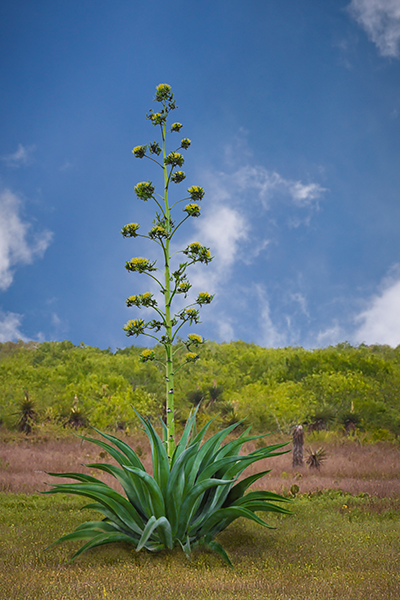 Many species are grown as an ornamental in desert landscaping, as they look great, are low-maintenance and are drought-tolerant. The stalk can reach up to 30 feet in height and produce beautiful pale yellow or white blossoms during summertime. The flowers are pollinated by bats, insects and birds. When planning for your landscape take into account the sharp spines at the end of each leaf, the spread of a mature agave can be 8 feet across and the striking plant loves sun. And plan space for the multiple “pups” around the base of a mature parent plant.

The Century Plant reminds us to stand tall, bloom as if we only have one chance in a lifetime to flower and surround ourselves with good people. Enjoy the journey and visit Quinta Mazatlán’s YouTube Channel, Quinta Mazatlán’s Facebook and other social media platforms to learn more about our natural heritage in the Rio Grande Valley of South Texas.