When do you need to water your yard? 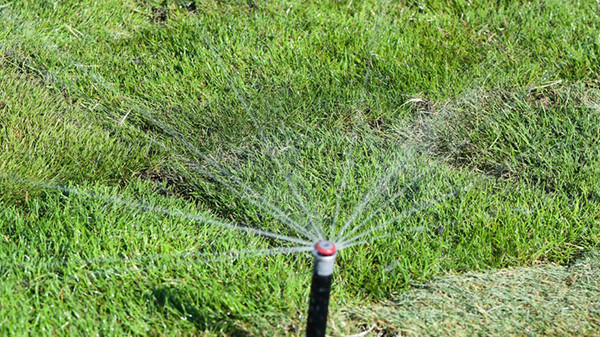 Heading into the heat of the summer, homeowners begin asking, “how much do I need to water my yard.” Texas A&M AgriLife Extension Service’s WaterMyYard program has a new, free mobile app just for that purpose.

When does the grass need watered? There’s an app for that.

“This app has several enhancements compared to the WaterMyYard website-based program we’ve offered the past few years which should improve user experience and the accuracy of water recommendations, including push notifications directly to the mobile device as well as texts and emails,” said Guy Fipps, Ph.D., AgriLife Extension irrigation engineer, College Station.

The science behind the app

WaterMyYard uses the best science available to determine how much water plants need based upon the local climate, soils and other factors, Fipps said. The website and app employ simple, intuitive images and information prompts to guide users in setting up a profile, which allows them to receive watering recommendations for their own irrigation system and local climate, including rainfall. Users can choose to receive weekly watering recommendations by push notification, email and text messages.

Weekly watering recommendations provide the amount of water needed and how many minutes users should run their irrigation systems. The messages also include information on current local watering restrictions, if any.

Whether a region is suffering from drought conditions or has had too much rain, the WaterMyYard app helps take the guesswork out of when and how much to irrigate.

“Years like we are experiencing right now are the best time to conserve outdoor watering by only irrigating when needed,” said Charles Swanson, AgriLife Extension landscape irrigation specialist, College Station.

It typically gets drier during July and August in most areas of the state, increasing the need for irrigation, Fipps said. So, this is a good time to sign up for WaterMyYard if you live in a sponsored area.

Making WaterMyYard available across the state

Sponsors help cover the costs of the weather stations and provide program support, so WaterMyYard is free to users in those service areas. The program currently has over 25,000 subscribers statewide receiving weekly notifications. For persons who do not live in a service area who would like to join the program, they should have their city or their water utility contact Swanson or Fipps.

Since the beginning of April, WaterMyYard has only recommended watering twice for most yards in the major metropolitan areas of the state — about 12 weeks where no irrigation was needed, Swanson said.

“Each week you do not irrigate saves the average residential homeowner around 2,300 gallons,” he said.

WaterMyYard includes sprinklers and drip products from all major manufacturers, Fipps said. However, the program is not just for those who have permanent in-ground irrigation systems. Homeowners who use hose-end sprinklers can also get weekly runtime recommendations.

And Swanson is currently testing a product that will make the whole process even easier. He and his team have developed a WaterMyYard Smart Add-on Controller.

“We know we save water when we don’t irrigate,” he said. “The controller we are testing attaches to the existing controller, and links up with the WaterMyYard server through the home Wi-Fi network. The controller then automatically implements the WaterMyYard watering recommendation. This will save the homeowner from having to go out and manually turn on or off their system and will increase the water conservation potential of the program.”

The controller is expected to be available in the next year or two.