Visit Pharr for food and fun 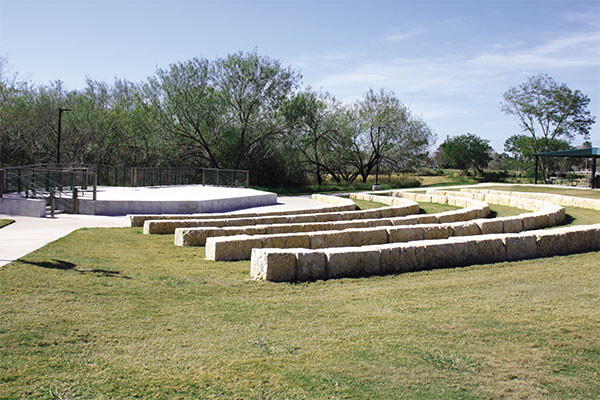 The City of Pharr has seen a lot of growth and revitalization in recent years. As seen in other downtown areas I have been in this season, Pharr’s downtown is welcoming and features its history. Its historic buildings add to the character while newer buildings are revitalizing the area and making room for more commerce and entertainment. If you travel the Valley along Business 83, you will likely see the epicenter of each of the Valley’s cities.

Although some Valley cities have grown beyond the area of Bus. 83, Pharr highlights their downtown with large welcome sign over their main street. All of their city offices are close to each other and close to the downtown commerce. They even have two areas by the city building that allow for entertainment opportunities and food trucks. 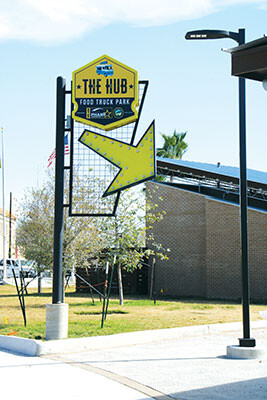 After originating from a Spanish land grant made in 1767, Pharr became incorporated in 1916. It was 1909 when Home Connely Kelley and Henry N. Pharr arrived in the area and bought 16,000 acres of land. Both of these men helped found the area.

Pharr, a sugarcane grower, founded the Louisiana and Rio Grande Canal Company. This company was to help with the construction of an irrigation system for sugar plantation. Kelley, on the other hand, formed the Pharr townsite Company.

In 1911, the townsite became a stop on the St. Louis, Brownsville, and Mexico Railway. By then, thousands of acreages had been sold to settlers. The townsite had a depot, hotel, and bank. Regrettably, the sugarcane business went bust. Kelley took over the irrigation system and helped supply water to vegetable and cotton farmers. By 1915, the population was a small 600.

Pharr’s downtown area features old shops, restaurants, and more. It was nice walking down the street and seeing the old mixed with new and how some were keeping that older architecture alive even in the newer buildings.

Some sites to see in Pharr include the downtown park “Hub” area. The park includes the food truck area and an entertainment area. I visited around lunch time last week and employees were enjoying their lunches at the park.

Pharr is a city of food places. An older restaurant in the area is the Junction Café. It is located at Cage and Bus. 83, right at the beginning of downtown.

Part of Pharr’s revitalization includes what was once called El Centro Mall. It is now dubbed the Pharr Town Center and looks like a new place. The center features a remodeled Cinemark Theatre, Academy, Main Event, some cultural cuisines, and other of interest stores. In the parking area you will also find Pappadeaux and one of the few remaining Luby’s. 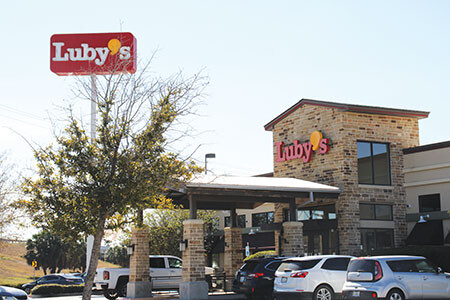 Pharr is also the home of Tierra Del Sol Golf Course. The golf course has been featured in our golf editions quite regularly. They have been voted as the top golf course several times as a loved golf course by Winter Texans. The golf course did a total makeover a few years ago and it has paid off for them.

Pharr also boasts a new nature center Pharr Nature Park. The park was developed on eight acres of land. The park features an amphitheater, walking trail, pergola, pavilion with picnic tables, restrooms, interpretative signage, and bird feeding stations. The park is located at 1025 S. Richmond Drive. Do not think you are getting lost when visiting. The park is nestled in a neighborhood at the end of one of its streets.

Another site to see is the Ye Old Clock Museum. The museum is located at 929 E. Preston St. and features a collection of about 2,000 clocks.

And do not forget about the Pharr/Reynosa International Bridge. The bridge is open, but please check with current guidelines on what you need to cross over and get back. https://bridge.pharr-tx.gov/.

For more information about Pharr visit their website at http://pharr-tx.gov/, or the chamber at https://greaterpharrchamber.com.