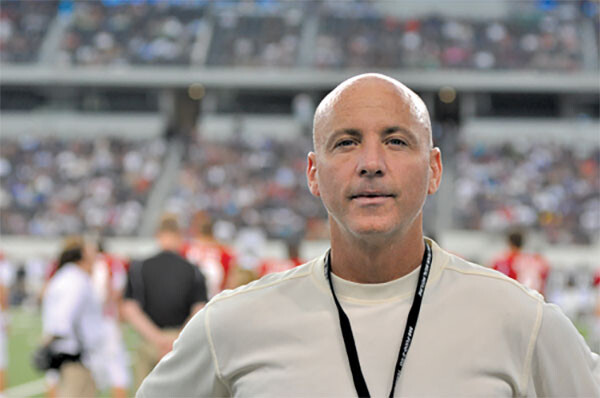 The Museum of South Texas History (MOSTH) welcomes Dr. Greg Selber to present two new books on high school basketball during the Sunday Speaker Series Online presentation, “Little Brother Gets His Due: High School Basketball in the Valley, 1914-2014,” at 2 p.m. on Feb. 7 on Facebook Live.

High school football is arguably the Rio Grande Valley’s favorite sport, but basketball comes close. The sport was introduced to the Valley during a time of racial tension in the early 1900s. According to SelberSports.com, Selber focuses on high school basketball starting with “the formative stages of the game, including on one hand the prominent pioneers—players, coaches, promoters—who made the game go, but on the other, the cultural and socio-political context of the times.” The books range from 1913-1914 to 2014, and examine the impact of race, economics, and technology on the sport, among other factors.

The Museum of South Texas History is accredited by the American Alliance of Museums. It is located downtown Edinburg at 200 North Closner Boulevard on the Hidalgo County Courthouse square. Founded in 1967 as the Hidalgo County Historical Museum in the 1910 Hidalgo County Jail, the museum has grown over the decades through a series of expansions to occupy a full city block. In 2003, following the completion of a 22,500 square foot expansion, the museum was renamed the Museum of South Texas History to better reflect its regional scope. Today, the museum preserves and presents the borderland heritage of South Texas and Northeastern Mexico through its permanent collection and the Margaret H. McAllen Memorial Archives and exhibits spanning prehistory through the 20th century. For more information about MOSTHistory, including becoming a FRIEND, visit MOSTHistory.org, like us on Facebook and Instagram, follow on Twitter, find on YouTube or call +1-956-383-6911.