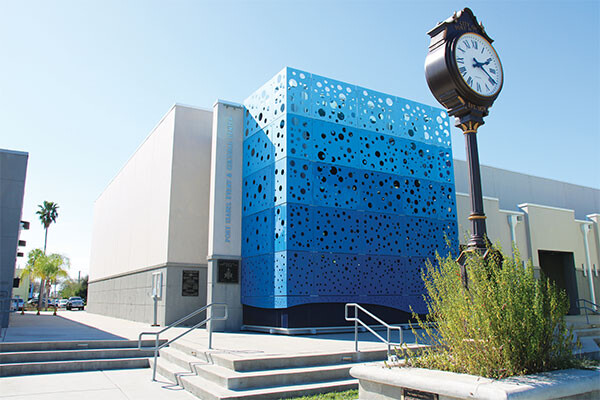 You cannot miss Port Isabel. Especially if you are going to South Padre Island. Port Isabel is a welcoming small town with little shops, museums, piers, and a beautiful lighthouse. Lots of history sits in the little square just before the Queen Isabella Causeway. 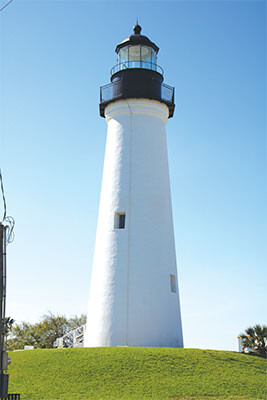 Like South Padre Island, and parts of the Rio Grande Valley, Port Isabel was inhabited by the Coahuiltecan Indians. It was not until 1710 when the first Spanish colonial settler started to fish and visit the Laguna Madre. By 1828, a village was settled in the area and Rafael Garcia was given ownership of the area – calling it Santa Ysabel.

Two other villages were nearby – Potrero de San Martin and Potrero de Buenavista. By Spanish order, the three villages were eventually combined and were known as El Fronton de Santa Isabel. Garcia’s two daughters named the streets in town in 1875.

The area grew pretty rapidly after that with the first post office being built in 1845 and making the area officially become Point Isabel. The area was also known as Brazos Santiago in 1849, but changed back to Point Isabel by 1881. 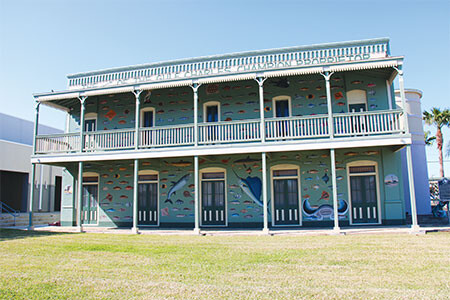 The lighthouse was built at a cost of $7,000 in 1855. According to some history, it served as a lookout during the Cortina Wars, the first three years of the Civil War. By 1859, the area was exporting $10 million worth of cotton annually.

According to history, on May 12, 1865, the Battle of Palmetto Hill – the last battle of the Civil War – was fought in the Rio Grande Valley 33 days after General Lee had surrendered. Fort Polk, named for President James A. Polk by General Zachary Taylor, was a supply depot for troops during the U.S. War with Mexico and housed one of the largest military hospitals in the U.S. at the time. The location of the fort was the area where the Lighthouse now stands. The fort extended about three blocks past the current shoreline into the Laguna Madre. The fort was dismantled right after the war. Some of the buildings were reused; others were torn down to build houses around Port Isabel. 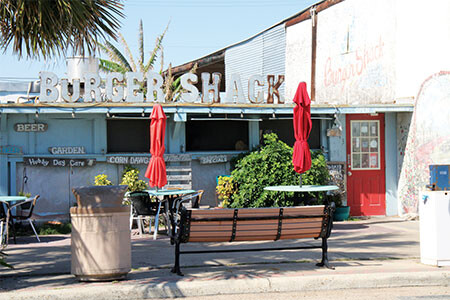 Highway 100, a four-lane highway which runs east from 77 to Port Isabel/South Padre Island, was also completed in 1974. The highway turns north on the island and is one of the few highways in the U.S. with a 90-degree turn.

Museum history says the first museum in Port Isabel was the “Lady Bea,” a restored shrimp boat. The exhibit opened in June 1984. It was installed in Beulah Le Park, located near the present-day library. After more than 10 years as a popular tourist attraction, the “Lady Bea” was closed and removed from the park in 1995. Plans are currently underway to restore another bay shrimper as part of the museum complex.

The Port Isabel Historical Museum was opened in May of 1997. It is housed in the historic Charles Champion building. The Point Isabel Lighthouse, again built in 1852, closed in 1864 due to the Civil War, re-opened in the 1870s, and shut down again in 1905. Since 1905, it has been a tourist attraction. The Lighthouse was declared a Texas State Park – the second smallest park in the state – in 1952. The keeper’s cottage, a replica, was complete in 1995. The Texas Parks and Wildlife completed a 2 ½ year restoration of the Lighthouse in 2000. It is the only Lighthouse in Texas open to the public.

The Museums of Port Isabel includes the Historical Museum, The Treasures Museum, the Port Isabel Lighthouse and the Keeper’s Cottage. The museums are operated by the City of Port Isabel’s Department of Historical Preservation. The Lighthouse is owned by the State of Texas. Visit portisabelmuseums.com for more information. 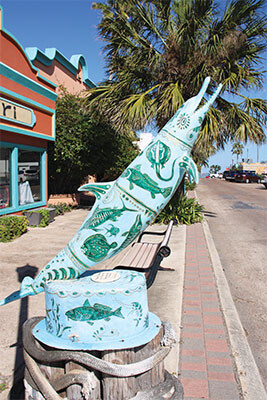 Fishing and shrimping have been a huge industry for area. In 1924, the first annual Texas International Fishing Tournament was held in the port by the International Game and Fish Association. This is a tournament that is still held annually.

There are a couple of fishing piers you can get to that are close to the Lighthouse district. If you get a chance to take a trip to the area, the museums are not currently open, but you can still visit the grounds of the Lighthouse. There are little shops and places to eat across the street from the Lighthouse and the pier is not too far from there.

While visiting Port Isabel, take a look around and see how many dolphins you can find. Like some other Valley cities, Port Isabel has some visible artwork to entertain you. There are several dolphins that greet you just as you enter the city, one at the museums, another at the Lighthouse and a few more. See if you can find them all.

For some other fun history facts, visit https://www.tshaonline.org/handbook/entries/port-isabel-tx and https://portisabel-texas.com/blog/a-brief-history-of-port-isabel/. You’ll even learn about a Spanish treasure fleet that left Mexico en route to Spain and was demolished by a violent hurricane in 1554. Some boats were wrecked on Padre Island and a few survivors walked through the area trying to get back to Mexico. All but one fell victim to the harsh elements and ferocious Indians.

If you visit http://www.texasescapes.com/TexasGulfCoastTowns/PortIsabelTexas.htm, you will be able to read some stories from the Texas Tales column – one of which was titled the Sea Monster of Port Isabel.