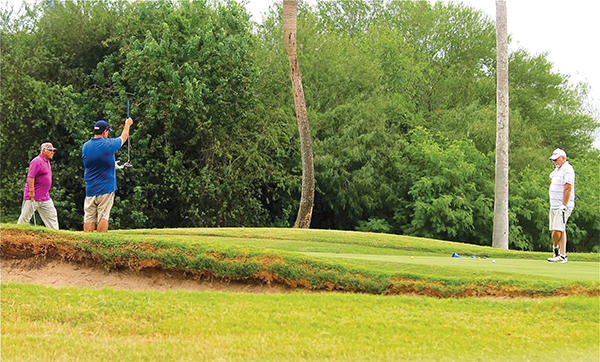 Dean Brown’s favorite golf hole in the Rio Grande Valley is No. 5 at Stuart Place Country Club in Harlingen.

Rightly so, because earlier this week the Hannah, North Dakota native registered the second hole-in-one of his 40-year golfing career on the 165-yard par-3 hole. Facing a 40 mile per hour side wind, Brown said he used his diver to knock in the gem. His other ace came in 2012 on the same course on hole No. 7. 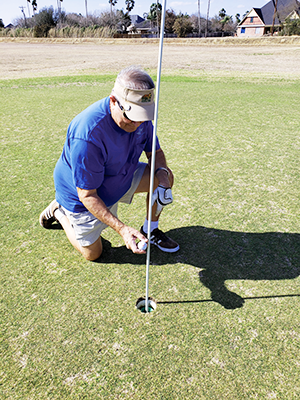 Brown has played a myriad of golf courses in the Valley, including South Padre Island, Rancho Viejo, and Los Lagos. But, living on Stuart Place makes it incredibly handy, and it is the perfect length for him.

“It’s a short course, it’s not real long but it’s a tough little course with lots of water and narrow little fairways,” he said. “Most of them are too long for me.”

That does not mean there isn’t length on any of the holes as the course still sports a 447-yard par-5 and, with the Valley’s forever wind even the shortest of holes can play two or more clubs longer than the actual distance. 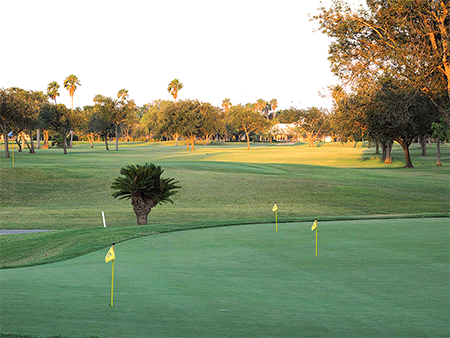 The Mid-Valley offers the full spectrum of golf courses from venues like Harlingen Country Club and Rancho Viejo Golf and Country Club, to country-clubs like Tierra Santa and the historical Tony Butler Municipal Course. It has a tiny par-3, Village Executive course that is wide open, short, and relaxing to play and it has the lengthy Treasure Hills, which may have some of the most challenging layouts in the entire Valley.

For Brown, however, Stuart Place Country Club (“everyone thinks it’s private because it says country club, but it’s a public course,” he said.) seems almost made for him. He says he pulls out his driver on nearly every hole because “I’m not a long hitter but most of the times I stay in the fairway,” he said.

Tony Butler’s public course in Harlingen not only has a wide array in regards to how challenging holes are, but it is also probably the most historic course in South Texas. Butler brought some of the best golfers to the Valley for professional tournaments during the Great Depression. 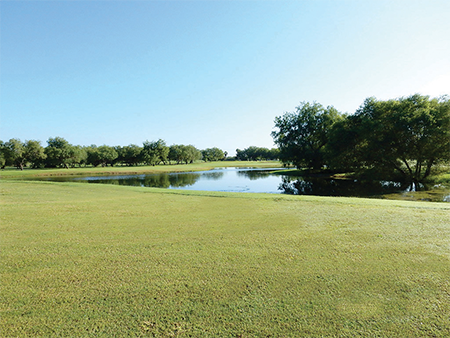 He gained fame by sometimes playing an entire round of golf with his 4-wood. He was always known for his great short game and he showed that he could be as accurate with his 4-wood as with his putter. He defeated the reigning National Open champion, and PGA hall of famer Gene Sarazen in an exhibition match in Corpus Christi and shortly thereafter was contacted by Harlingen Country Club for the golf pro position. He stayed there until 1937, bringing with him some PGA tournaments to the Rio Grande Valley.

Some golfers want simple and simple does not always mean easy. Village Executive is a course that gives golfers a chance to try different shots. For a pleasant change of pace, this par-3 course is perfect for a quick round of enjoyable golf. Want to work on your short irons and approaches, this is the place to come. The course is mostly open without too many hazards – of course the South Texas wind is a natural hazard. But do not get caught off guard, there is water that comes into play and a few big trees that would be more than happy to steer your shot off course. Affordable is nice, but a couple of the holes make the scenery here even nicer. 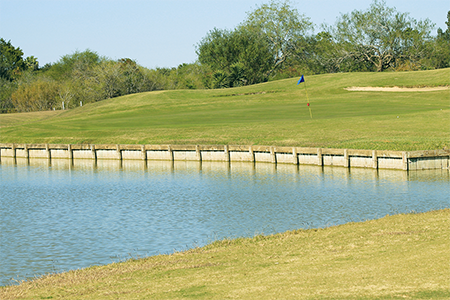 Editor’s Note: Even with the abundance of golf courses in the Valley, there are a few that our Winter Texan readers seem to gravitate to. 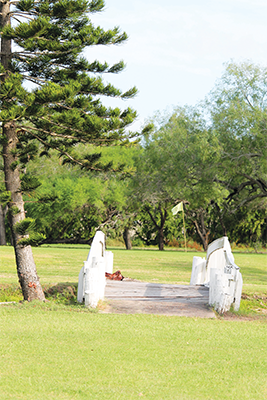 We want to invite our readers to go try something new this season. Try a different golf course. See what another golf course offers. Just because they are a golf course you might not know as much about, does not mean they do not have something to offer to the golfer.

So, we would like you to try out a new course, or two or three, and then let us know about your favorites in our golf course survey. Send in your ballot. We would like to solicit additional feedback for our wrap up story. And if you would, attach a short note to your ballot, telling us why you voted the way you did.

We would love to hear your thoughts, your stories, and any duffers’ anecdotes you would like to share.