Indigenous Immigration in the RGV 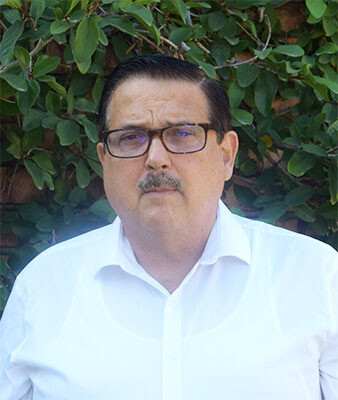 The presentation will cover the immigration patterns of the indigenous groups in the Rio Grande Delta. Due to different reasons, members of multiple ethnic groups of the continent immigrated to the lower part of the Rio Grande or Bravo during the second part of the 18th and 19th centuries, among which are Pames, Huastecos, Tlaxcaltecas, Tonkawas, Karankawas, Cherokees and, especially, the Comanches and Lipan Apache. The latter two ethnic groups began to prey on the lower part of the river shortly after the colonization of Nuevo Santander, on a seasonal basis. They are part of the cultural portent of the Great Plains and Prairies of the United States and Canada that emerged after the reintroduction of the horse in New Mexico in the late 16th century. The purpose of this presentation is to differentiate cultural adaptations of these ethnicities compared to that of the natives of the Rio Grande.

Salinas is the head of the Reynosa Municipal Archive and the author of the book “Indians of the Rio Grande Delta: Their Role in the History of Southern Texas and Northeastern Mexico.” He is known as the Municipal Chronicler of Reynosa due to his specialist research in ethnohistory and archaeology of northeastern Mexico and southern Texas.

The Museum of South Texas History is accredited by the American Alliance of Museums. It is located downtown Edinburg at 200 North Closner Boulevard on the Hidalgo County Courthouse square. Founded in 1967 as the Hidalgo County Historical Museum in the 1910 Hidalgo County Jail, the museum has grown over the decades through a series of expansions to occupy a full city block. In 2003, following the completion of a 22,500 square foot expansion, the museum was renamed the Museum of South Texas History to better reflect its regional scope. Today, the museum preserves and presents the borderland heritage of South Texas and Northeastern Mexico through its permanent collection and the Margaret H. McAllen Memorial Archives and exhibits spanning prehistory through the 20th century. For more information about MOSTHistory, including becoming a FRIEND, visit MOSTHistory.org, like us on Facebook and Instagram, follow on Twitter, find on YouTube or call (956) 383-6911.