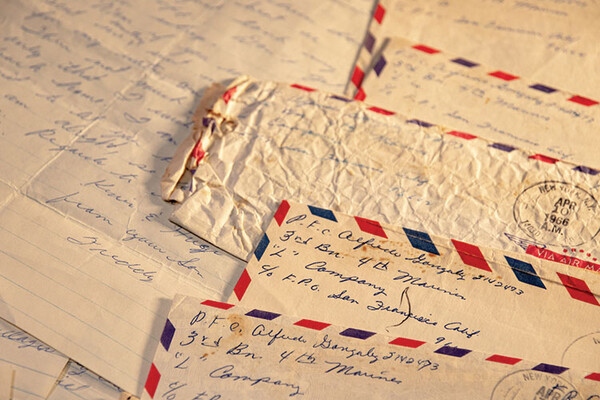 Guajardo with MOSTHistory’s facilities and security supervisor Juan J. Gonzales, a retired Army First Sgt., will highlight the letters Sgt. Alfredo “Freddy” González. These letters were sent to his mother, Dolia González, while he served two combat tours with the Marine Corps during the Vietnam War.

During the summer of 2020, Dolia González donated more than 150 letters from her son, who wrote between 1965 and a few days before his death in 1968. A portion of the letters are currently on display through the spotlight exhibit, “Letters Home – Part of the Sgt. Freddy González Letters Collection,” and will run through September 2022.

The Museum of South Texas History is accredited by the American Alliance of Museums. It is located downtown Edinburg at 200 North Closner Boulevard on the Hidalgo County Courthouse square. Founded in 1967 as the Hidalgo County Historical Museum in the 1910 Hidalgo County Jail, the museum has grown over the decades through a series of expansions to occupy a full city block. In 2003, following the completion of a 22,500 square foot expansion, the museum was renamed the Museum of South Texas History to better reflect its regional scope. Today, the museum preserves and presents the borderland heritage of South Texas and Northeastern Mexico through its permanent collection and the Margaret H. McAllen Memorial Archives and exhibits spanning prehistory through the 20th century. For more information about MOSTHistory, including becoming a FRIEND, visit MOSTHistory.org, like us on Facebook and Instagram, follow on Twitter, find on YouTube or call (956) 383-6911.