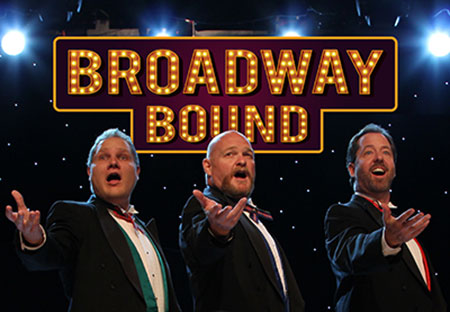 Throughout its history, the organization has brought in entertainers and performers like the Von Trapp Family Singers, the Tommy Dorsey Orchestra, Guy Lombardo and Paul Robeson. There have been performances by Sergei Rachmaninoff, America’s Foremost Tenor (in 1945), Jan Peerse, violin virtuoso Heiftez, and more. Ballet, dance troupes, big bands and orchestras, choral groups, vocalists, pianists, folksingers, banjo quartets, and so much more have graced the stage at the auditorium.

The goal of the organization is to provide reasonably priced artistic attractions to the Harlingen community. The organization raises money through memberships and other means to make fees affordable to everyone. Organizers are also partnered with Live on Stage, based in Nashville, who helps them find their talent for the season.

The all-volunteer, nonprofit organization is committed to enriching the cultural life of the Harlingen area through the live performances.

The Harlingen Concert Association offers five to six outstanding performances each fall and winter. Artists range from pop and country to classical, jazz, Broadway, Irish, and a variety of international musical styles. They also sponsor performances by these world-class artists for area students and encourage them to attend our evening concerts.

Each of the artists have been carefully chosen to provide the highest quality entertainment available to Harlingen where they perform at the Harlingen Municipal Auditorium. The artists have appeared at Carnegie Hall, on Broadway, sporting events and have won prestigious awards worldwide. Some artists that perform are chosen through the organization’s student outreach program.

Their 2019-2020 season will open on November 22, at 7:30 p.m., Broadway Bound – 3 Redneck Tenors will be performing. The three cousins will stampede their way through Broadway’s greatest hits. Whether you love food on a stick or a salad from Waldorf, this show will have something for you. The show garners down-home laughs and big city music.

The Maxwell Quartet will perform on January 9, 2020, at 7:30 p.m. The quartet is one of Britain’s finest string quartets winning first prize in the Trondheim International Chamber Music Competition in Norway in 2017. Based in Glasgow, they perform regularly on BBC Radio Scotland, at festivals and venues across Europe including London’s Wigmore Hall. Their program includes selections by Beethoven, Hayden, as well as original arrangements of Scottish folk music.

On February 6, one of America’s Got Talents finalists, Sons of Serendip will perform. The group creates beautiful music using harp, piano, cello and voice. They have gained popularity on billboard charts since their appearance on AGT. Their program is a fresh mix of emotionally expressive popular music, engaging stories and audience participation.

Dan Miller’s Cowboy Music Revue will bring Americana and western to bluegrass and gospel to the auditorium on February 21. Sail On – Beach Boy Tribute will perform on March 4 bringing authentic sound reminiscent of the original Beach Boys during the prime of their career. The group’s harmonies capture the sound of the iconic band and transport the audience to the beach for an evening of memories and fun.