Evening of holiday fun with the McAllen Wind Ensemble 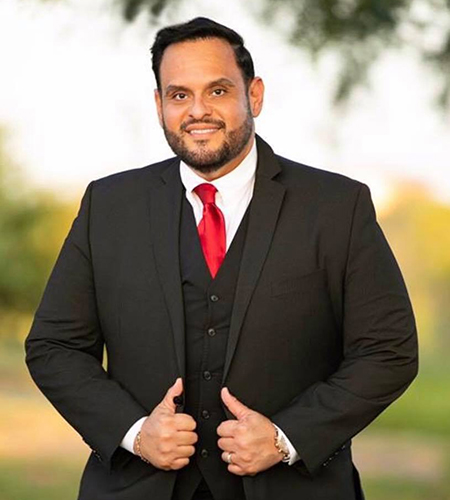 The McAllen Wind Ensemble continues their 45th anniversary celebration with an evening of magical holiday fun. The December 20th event entitled “Tinsel and Tutus” will feature another of McAllen’s artistic institutions, the Deborah Case Dance Academy.

Dancers from the Deborah Case Academy will be featured in the holiday concert performing selections from Tchaikovsky’s famous Nutcracker Ballet to the McAllen Wind Ensemble’s live performance of the suite. The Wind Ensemble will also feature the unforgettable voice of Alberto Escobedo, the Singing Barber of Rio Grande City. Alberto Escobedo will lend his stirring vocal abilities to Schubert’s “Ave Maria” on Friday evening’s concert.

Alberto Escobedo has earned the reputation as the Singing Barber of Rio Grande City. He has not received formal vocal training after his high school experience, but his talent is a true testament to the strength and quality of the Rio Grande City Fine Arts Department. Alberto is also an active member in the community. He is the driving force behind Casa de Esperanza. Casa de Esperanza serves as a soup kitchen, and the building serves as a shelter for the homeless when needed.

The McAllen Wind Ensemble is excited to host the Ballet’s encore performance of several of the dances from the world’s favorite Christmas ballet and vocalist Alberto Escobedo.

Doors will open at 6:30 p.m. with music starting at 7:30 p.m. Pictures with Santa and ballerinas will be available before the concert.

Come share the wonder and traditions of Christmas joining family and friends at the South Pole of Texas. Celebrate the 24th day of the City of McAllen’s Winterfest with the magic of holiday music!