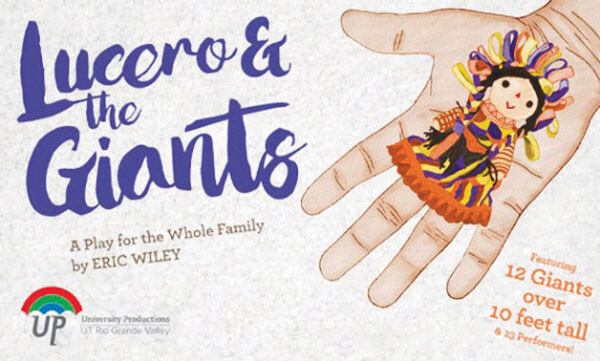 During these times, UTRGV Patron of the Arts has been even more aware of the important role the arts play in our lives as they help nourish our hearts and minds.

This season, their goal is to share inspiring art directly from the heart of the performing and creative arts at UTRGV, the College of Fine Arts. They will offer free online exhibits and performances from their talented faculty, students, and guest artists from various creative disciplines.

You can expect online-only events through the end of 2020 to ensure your safety and that of the performers. Plans for the second half of the season have not been decided yet.

Patron of the Arts looks forward to this being their most diverse season yet, and hope visitors will follow them on social media and continue to be a part of their community from wherever you are.

The UTRGV College of Fine Arts introduces several new things including their brand-new series, Patron@Home. They will all be free of charge and will be available online with premiere dates so they can be accessed on YouTube or http://patron.utrgv.edu/.

UTRGV Story Time is a special online series that features university faculty and friends reading children’s books. Some stories are read by the authors themselves and others feature musical accompaniment.

Live from the Living Room experiences performers from UTRGV artists’ homes. These are short, at-home performances by UTRGV faculty, students, and guests.

Premiering October 28, at 7 p.m. on YouTube, is Lucero and the Giants: A Latino Theatre Initiatives Production by Eric Wiley. Lucero and the Giants features ten mojigangas, or giant, Mexican street puppets, in a play about an immigrant family struggling to reunite and survive in the Rio Grande Valley. After facing many hardships, the family encounters and is ultimately saved by the magical puppets.

A project of the Latino Theatre initiatives, a student organization at UTRGV, the show was written and directed by UTRGV Professor Eric Wiley. It was produced in October 2018 by the UTRGV Department of Theatre at the Performing Arts Complex in Edinburg and at the TSC Arts Center in Brownsville.
For more premiere dates, upcoming events, and to visit past events, visit http://patron.utrgv.edu/.