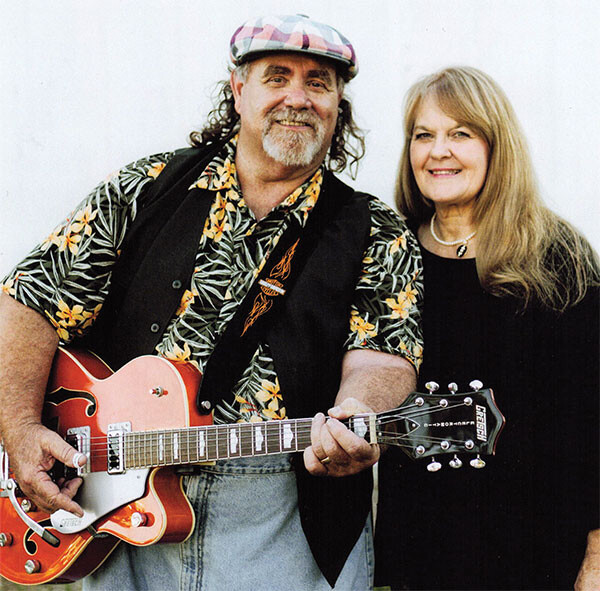 As Bob Courtney explains it, all he wanted to do after retirement was “drive the bus for my wife Alta.”

Alta performed gospel music and, after 38 years as a PRCA rodeo clown, a retired Bob was ready for a change of pace.

Bob had always made people laugh as a rodeo clown, and that trait didn’t leave him once he left the rodeo. Instead, he continued to make people laugh.

“I started as a rodeo clown, traveled all over the world for years and did the comedy for that since I was 20,” Bob said. “When I retired and all I wanted to do was drive the bus; I started telling jokes and it turned into something we didn’t expect.

“It kind of blossomed from there and the past five years have been really good to us.”

Now, the “Redneck Revival Show,” a combination/mix of clean country music and comedy, is performing at Winter Texan parks for the second year in the Rio Grande Valley.

Bob, also known as Pastor Pudge, and Alta, aka Sister Sludge, have been performing in Branson, Mo., for the past eight years and have earned accolades such as Dinner Show of the Year, Comedian of the Year (five times) and many others.

Bob was the original comedian at Dolly Parton’s Dixie Stampede in Branson and has worked with Parton along with country music great Glen Campbell. He is also known for being an animal trainer, having trained animals for movies and stage.

Alta was a member of the original cast of The Promise, in Branson and was born into Gospel singing royalty. Her older brother is long-time Gospel star Gene Reasoner and her younger brother and sister make up the contemporary Gospel group “Of Mud and Mire.”

“I kinda influenced her in the wrong way,” joked Bob. “It’s not a standup comedy show but it’s a mixture of comedy with music and we’ll do some ventriloquism and imitations. It’s kind of like The Smothers Brothers.”

The Courtneys even brought a flatbed trailer and stage lights to perform their “Redneck Revival Show.” Due to the COVID-19 pandemic, many parks are limiting the number of shows and having the ready-made outdoor stage provides more safety and comfort for the audience and parks.

Do not be fooled, however, “Pastor Pudge and Sister Sludge” are not really holding a revival – just having some fun with skits, music, and clean comedy – a modern day traveling “Hee-Haw.”

“When I got to Branson, I wanted to be a big star and I got a job the second day I was there – selling popcorn at a train station – that’s how big a star I was,” Bob said. “Then two years later I got a job working for Glen Campbell. I showed up for the first show and I was standing on the side of the stage watching when he came up to me with a big smile and said, ‘Hi, I’m Glen Campbell.’ I told him I knew who he was, but he didn’t know who I was.”

Bob remembered creating their first DVD. It was a slow-moving beginning for the Courtneys so they decided to create a DVD to use for publicity and promotion.

“We couldn’t gather a crowd when we started,” Bob said. “We wanted a DVD and had to rent a church, pay a soundman and our entire family came to the show.”

But, when one dabbles in comedy, comedy subjects and situations seem to appear in the strangest times.

“While we’re doing the show my cell phone kept going off in my pocket,” Bob said. “My daughter was having a baby and it just kept going off and she had the baby the night we did our first show.

“That’s how I remember how long we’ve been doing this.”

Their recent CD includes “Ghost Chickens,” “Wal Mart Greeter,” “I am my own Grandpa,” and “Would Jesus Wear a Rolex,” among others. Always a comedian, even the notice on the backside of the CD states: “There were no chickens injured in the production of this album.”