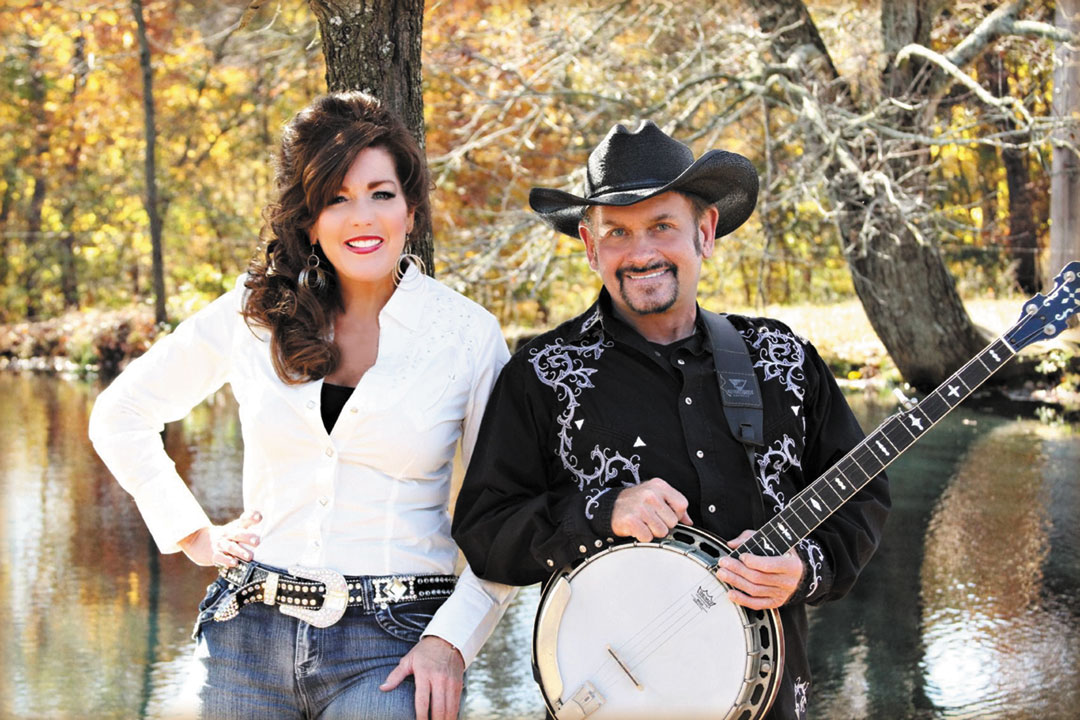 Dave Salyer has toured the world with Barbara Mandrell, performed for presidents at the White House and appeared on countless TV shows.

Roy Clark proclaimed Dave as one of the most fabulous guitarists on the planet and I quote, “I can't believe this guy; If I could get my hands on him, I'd kill him!!" Barbara Mandrell simply states, "Dave Salyer is the best guitarist I've ever had.”

Dave credits his uncles—(Bluegrass Legends and Grand Ole Opry Members) Jim & Jesse McReynolds & the Virginia Boys, for his love of music and musical ability and talents.

Currently, Dave performs specific show dates with his uncle Jesse at The Grand Ole Opry. His solo repertoire ranges from “Orange Blossom Special” to “The Flight of the BumbleBee” and from “Wildwood Flower” to “The William Tell Overture”. He is also an accomplished vocalist, songwriter and humorist!! But most of all, Dave is just a regular guy with a God-given talent to touch people with his music!

Daphne Anderson is a beautiful female vocalist born and raised in Albany, Georgia. While attending college, she performed in pageants, talent contests, and churches.

She has toured with some of the greatest Southern Gospel Music Groups of all time!---The Bill Gaither Group, The Florida Boys, The Cathedrals, Rex Nelon, The Hinsons, and many others. The Southern Gospel Music Association voted her their Female Vocalist of the Year! It was during that time she made a BIG decision.

Shortly after graduating from Georgia Southwestern University, she moved to Nashville, TN to pursue a career in music. Daphne is best described as a cross between Shania Twain and Patsy Cline!

The crowds have absolutely fallen in love with her! She's gorgeous, quick witted, and super talented! Her recently recorded CD "One Of These Days" has been met with rave reviews across the U.S. and Canada. Her impressions of country music legends, Tammy Wynette, Loretta Lynn and the aforementioned Patsy Cline are phenomenal!! Add to that the ability to yodel out the Patsy Montana classic, "Cowboy's Sweetheart", captivate you with the smash hit from the movie "Titanic",--My Heart Will Go On", and bless you with a gospel classic, "The Lord’s Prayer", and you're just beginning to scratch the surface of her diverse talent.