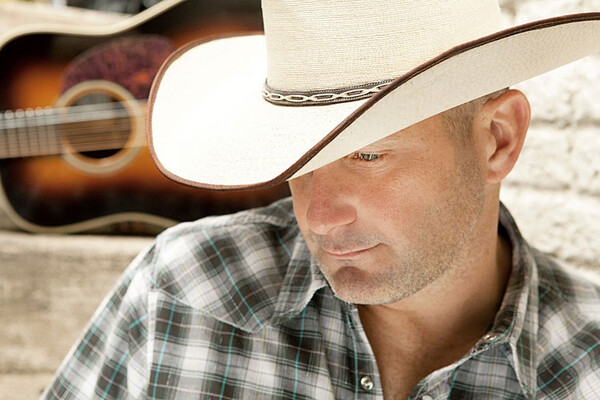 Kenny Ray is an RIAA Gold Record Award Winner for his composition of “A Soldier’s King” recorded by Kenny Rogers on the Christmas album, “The Gift.” He is also the former lead singer for the US Navy’s Country Current Band retired in December 2021.

Kenny Ray’s music was born and bred in southeast Missouri. Living on a dairy farm outside a small town he was raised on the southern gospel harmonies of Albert E. Brumley (“I’ll Fly Away”) that could be heard through those Ozark mountains of his childhood.

Following his dreams in music moved down the road to Nashville where he learned from a select group of fellow musicians and songwriters including Blake Shelton, Verlon Thompson, John Jarvis, and Tom Wurth. This move provided Kenny Ray with wide-open opportunities to hone his craft as a songwriter and performer.

Success came quickly with a cut by the legendary Kenny Rogers that garnered Horton the title of Gold Record Awarded Songwriter. As a songwriter signed to Oh Boy Records (owned by the legendary John Prine and Al Bunetta), Kenny Ray co-wrote “A Soldier’s King” (with John Jarvis) that was recorded by Rogers for his Christmas Album, “The Gift.”

His decision to enter Active Duty service with the United States Navy afforded another opportunity to continue his dream of making music and entertaining. When the spot came available in the Navy’s premier country and bluegrass band, “Country Current,” Horton was off to Washington DC to accept the honor and continue to serve, but now with continuing back on the road of his musical journey.

Horton has also been recognized for his flawless delivery of our nation’s National Anthem and has performed “The Star-Spangled Banner” for countless dignitaries, national events as well as sporting events.

Through this life-changing event, he has served his country for twenty years and entertained audiences of all sizes from coast to coast.

For Kenny Ray Horton there has never been a difference in playing for a fair, festival, resort, opera house or theatre audience or the President of the United States. Entertaining knows no boundaries and bringing quality music and entertainment to that audience is always first and foremost for this entertainer.

“I will always follow the music,” Horton says. “It’s always worked the best for me.”

In every spare moment Kenny Ray Horton has continued his songwriting and playing. He has written, “Run Petty Run,” for NASCAR’s king, Richard Petty and had the honor of presenting the song to Petty himself. Kenny Ray has also honored his home state of Missouri with the song, “Missouri,” and has enjoyed playing the song with Bluegrass and Country Singer, as well as fellow Missourian, Rhonda Vincent.

With his retirement in December 2021 from his service to his country, he will continue following the music wherever it may lead.
He is on Facebook, Instagram and YouTube.
Booking and Press Contact for RGV: Valerie Clark, Print It PR, PRServices@PrintItPR.com, 615-473-1105
Website/Videos: www.KennyRayHorton.com