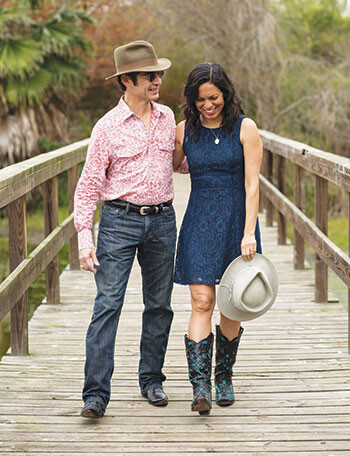 Several years ago, their paths crossed, and they learned that they shared a common goal of performing music dear to their hearts. After a few years the couple married and they continue to perform together locally, sharing their unique style and personal interpretations on music from the 60’s and 70’s including R&B, Rock, and Country, and much more.