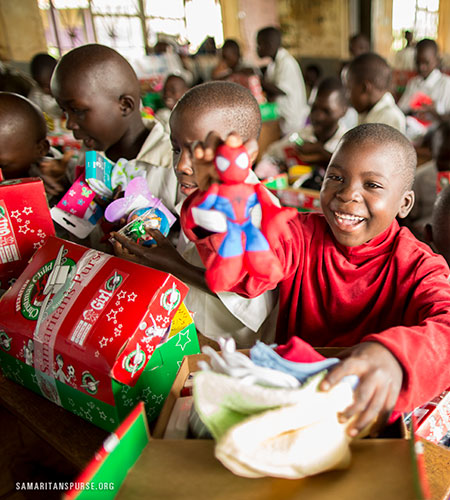 A simple shoebox can bring such toy to a child’s heart. This is just one purpose of Samaritan’s Purse/Operation Christmas Child. Organizers are building a local team this year to help get the Valley more involved with bringing those smiles to kids faces all over the world.

This year, Elizabeth Dukquits is serving as an area coordinator. On her team is “Big” Lew Corya who serves as the church relations coordinator. They are spearheading to make the Valley more involved in the effort to gather gifts and coordinate packing the boxes and shipping them off.

Operation Christmas Child started in 1993 in the United States when Samaritan’s Purse, an organization from Wales, partnered with them, to take it global. In 2018, 10.6 million shoeboxes were given out to children all across the world. More than 8 million of those boxes came from the United States. There goal for this year is 11 million. 168 million children have received a shoebox since the beginning of Operation Christmas Child.

The project goes to over 160 countries and are pushing to get into more every year. While they want to reach as many kids as possible in impoverished, third world countries, the project is simple to take part in.

Corya, a pastor with BT McAllen, has been helping the organization for several years. BT McAllen has been participating in the collection of boxes for 15 years. Now, Corya wants to get more churches, groups, and Winter Texan parks involved.

Dukquits said, right now, even though collections are coming to an end soon, they are trying to get the word out on what people can do to help out. Their range is from Brownsville out to Laredo and to Corpus Christi. Even though Laredo and Corpus have their own drop off locations, they have chosen to spread the word as far as they can.

Corya said they will be at this year’s Winter Texan Expo. His goal is to get at least two Winter Texan volunteers that will help him make a real impact. They can start collecting or putting together boxes early and already have some things done before coming back to the Valley in the fall.

He wants help in talking to local churches and organizations to share the message of how they can help send boxes to the children.

To date, they have already collected nearly 6,000 boxes.

The program has kickoffs in early October, but they encourage people to start collecting early. The earlier you start, the more you can collect.

November 18-25 is the time to put the boxes together and make sure they are ready to be shipped off.

They said they are looking for leaders that can organize collections in their own parks, or churches, and then bring to their drop off location at BT McAllen. You collect the boxes, make sure they are packed right, and then bring to the church. BT McAllen then goes through the boxes and makes sure it is done correctly before shipping them out to their main office in Dallas.

It’s a simple program – They have suggested items to put in the shoebox for girls and boys from ages two to 14 years old. Although the

Corya suggests buying items in bulk, or they could be something as simple as party favors. The items don’t have to be expensive.... They have to be small. Most boxes have items such as baby dolls, coloring books, crayons, chalk, silly putty, socks, jump ropes, marbles, yoyos, and other small items. These are items the kids would not otherwise have.

A $9 donation per box is welcome to help with shipping and materials, but it is not a requirement to participate.

This program is helping children all over the world, said Dukquits. It’s helping those that have no access to anything. It’s non-denominational, she said, you get a box no matter what, but they do like to share a message.

Corya said Jesus is at the core of this project. While it is not mandatory for the children or families to participate, all that receive a box are invited to listen to a message. After that, they are invited to participate in a bible class that continues sharing the message of the plan of salvation.

“They don’t know God. They haven’t heard of God,” added Corya. This box plants a seed and the program helps that seed grow if they want to take part in it.
They both stressed, that the recipients do not have to participate to receive a box. “It’s an invitation.” 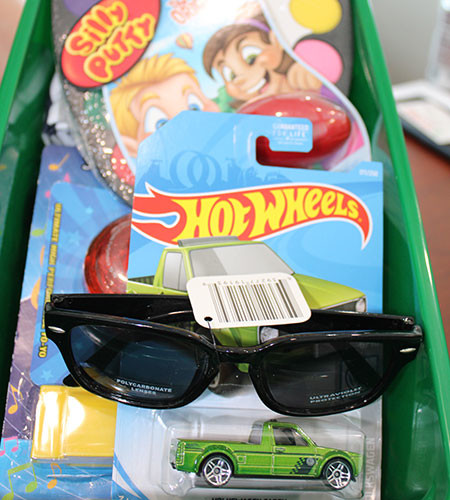 They share the main message of the gift of love. When the children see these gifts and wonder why people would do such a thing for them.

“They look at this box, and they can’t believe that somebody clear across the world packed this for them,” said Dukquits.

“To them, it’s everything,” said Corya.