The Not So Lonesome Dove 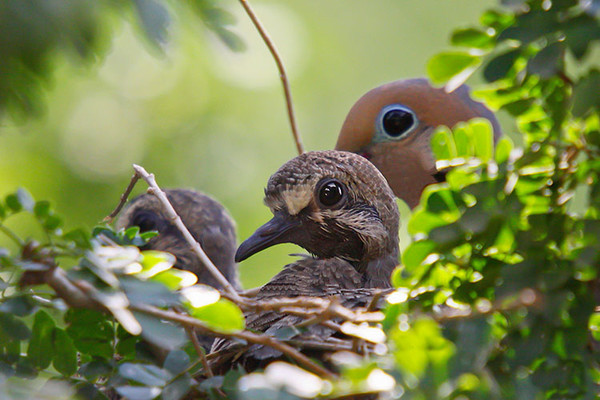 The mornings in the Thornforest now belong to the White-winged Doves cooing “Who cooks for YOU…Who cooks for YOU”. Breeding season has begun for this dove and will continue through summer. The male and female construct their platform nest of loose twigs. In the Rio Grande Valley they prefer ebony, mesquite and prickly pear habitat. The female usually lays 2 smooth off-white, one inch oval eggs, and both parents incubate the eggs. Both parents also care for and feed the young, which are called “squabs’. Unlike most other birds, doves of both sexes produce a “crop milk” as a food source for their squabs. White-winged Doves are nearly 100% vegetarian. 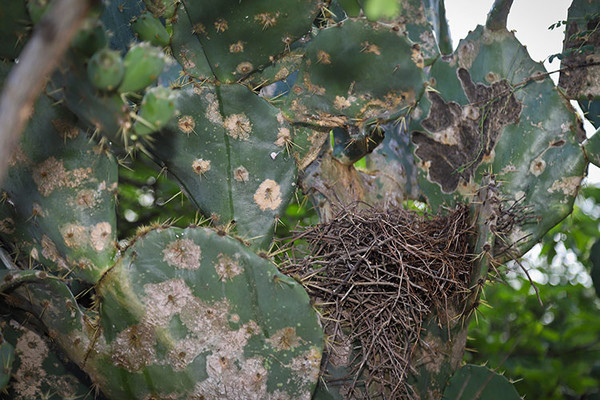 At one time, South Texas was their home with an estimated population of several million in the early 1900’s. After the loss of much of their South Texas nesting habitat, they increased their range and now are found throughout Texas and beyond.

Doves are far from lonesome, contrary to the title of the famous 1985 novel and TV series titled “Lonesome Dove”. There are over 308 species and they live on every continent except Antarctica. North America has 11 species, Texas and the LRGV has 7 species. The White-winged Dove easily outshines the others as being the most important serving as a symbol, source of food, economic generator and messenger. 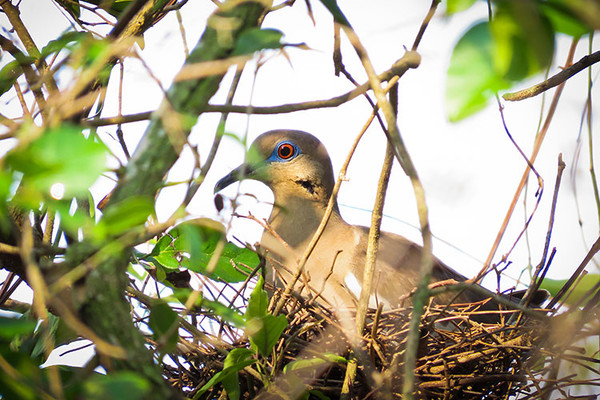 The White-winged Dove name is derived from the clear white outline of feathers on the edge of each wing. They are a soft grey, with red legs, blue eye ring and orange irises.
This beautiful dove has been able to adapt to people and live in urban areas, but much of our wildlife has not due to replacing native plants with ornamental plants. I believe the greatest responsibility as planners and architects of our homes, businesses, and cities, is the protection and development of our habitat for the health and wellbeing of all.

How about we all extend a wild olive branch or other native tree home to the beautiful White-winged Dove. Enjoy the great outdoors with your family. Follow Quinta Mazatlán on Facebook, Twitter, Instagram, and Youtube @QuintaMazatlan to learn more about our natural and cultural heritage in the Rio Grande Valley of South Texas.

Photographer: Jaime Villarreal
1) Breeding season has begun in the LRGV for the White-winged Doves
2) The male and female construct their platform nest of loose twigs in natives such as the Prickly Pear, Ebony and Mesquite.
3) The female usually lays 2 off-white oval eggs and both parents incubate the eggs