Have You Seen a Jaguarundi? 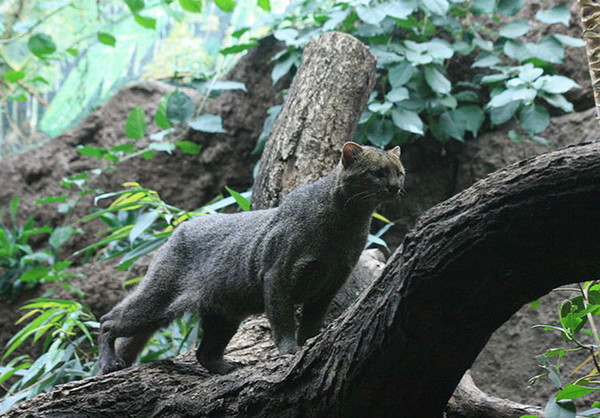 A small shy wildcat called the Jaguarundi is on the endangered species list in Texas. It shares many characteristics with the Ocelot but is not as well known due to its lack of spots, which make for more charismatic wild cats. Texas is home to six wildcats that either currently or historically call Texas home. Two presently roam the state, the Mountain Lion and the Bobcat. The other four are residents of the Tamaulipan Thornforest and on the endangered species list in the United States; Ocelot, Margay, Jaguar and Jaguarundi.

The Jaguarundi is dark gray in color and only 3 feet long, of which the tail is more than half. The wildcat likes the dense Thornforest and hunts primarily during the day for rabbits, birds and rodents. The Jaguarundi excels in its ability to spring and jump with is short strong legs. Unfortunately, the last time the Jaguarundi was seen in the Valley was over 30 years ago as a road kill outside of Brownville.

Wildcats of the Rio Grande Valley and Texas need our forests for survival. Wildcats need space to roam and if they cannot move between natural areas, their population will not survive. As our human population continues to grow rapidly, it is important to have a good land conservation plan in place to prevent the remaining few wildcats from becoming extinct. 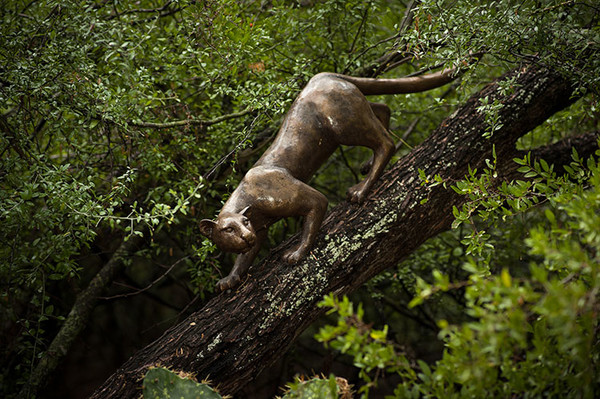 People of the Rio Grande Valley and Texas need forests for survival too. Forests provide a bevy of services such as air, water, food, shelter and medicine. If we put a dollar value on these ecosystem services, as we pay for electricity services, the economic value of a forest would be immense. So as we plan for the future and determine which projects come to fruition based on its economic value and importance, forests should be at the very top of the list.

Forests are falling at an alarming rate and their future is in our hands. Do a wildcat and yourself a favor. Encourage your community to preserve our wild spaces. Enjoy the great outdoors with your family. Follow Quinta Mazatlán on Facebook, Twitter, Instagram, and Youtube @QuintaMazatlan to learn more about our natural and cultural heritage in the Rio Grande Valley of South Texas.

CAPTION 1: The Jaguarundi is native to forested and brushy regions, especially those near water, from South America to the southwestern United States. Their biggest threat is loss of their forest home.

CAPTION 2: Enjoy over 30 Bronze Sculptures along the outdoor trail at Quinta Mazatlán with your family. The sculpture of the rare Jaguarundi was sponsored by Rio Bank.