Rusty Rierson back in the Valley 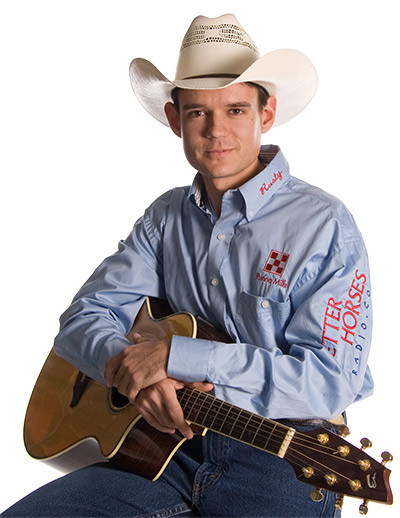 His charming personality and laugh out loud wit combined with his musical talents - both with the guitar and his smooth and wide-ranging voice - make for an extremely fun and entertaining show for the throngs of audience members who attend his performances.

His interaction with the audience goes beyond the scripted narratives.

It seems as if each story and pleasantry exchanged before, during and after a show are real life, not from a performer "doing his time."

It's not a surprise that he was named last year's Male Vocalist of the Year by the Valley Star Awards.

That's just one reason that helps explain his demand and popularity.

"I'm back this year because of all the love and kindness I was shown last year," he said as he prepared for one of two shows in South Dakota before heading back to the Rio Grande Valley for two shows on January 5.

"I’m hoping we get more opportunities in new places and more excitement as people come out to the show," Rierson said. "I'm definitely not going to let up. I'm going to keep improving and keep getting better.”

Audiences will laugh at his “Let's go to Texas,” song that he wrote especially for South Texas and Winter Texans, while he will also keep the smile on their faces with forever favorites such as “Sweet Caroline,” and John Denver's “Take Me Home, Country Roads.”

This year, Rierson said he will have some more rock n roll songs added to his playlist, noting that it seems to be growing among the Winter Texan population. That’s assuredly to come with more jokes and stories as he talks about growing up and life in general.

One of the many highlights of his shows will undoubtedly be “Bumper Stickers on a Bentley,” a song he wrote and released earlier this year. The song, a mixture of rap and country, was No. 1 on the country charts for three weeks all over Europe. Its theme is a somewhat humorous, but thought-filled look at today’s tattoo craze, especially among females.

The idea to make the song a unique mixture of rap and country was something he didn't have to mull over for too long.

"It just came to me," he said. "I knew right away it was the right thing to do."

As he toured the likes of Ireland, Scotland and London since last year's Winter Texan season, the song continued to climb the charts.

His instincts were spot on.

Rierson made his first trip to the Valley two years ago for the Winter Texan showcase. He drove from the snowy and icy tundra from home to South Texas with a broken heater and said he had to make several stops just to thaw out. The trip, however, was a good one as he remained busy throughout the Winter season then and is busier now.

Rierson, tagged as a country music traditionalist, grew up on the family farm in South central Kansas and earned a master's degree in animal science from Kansas State. He has released several albums, toured across the United States, Canada, Mexico, Scotland and London, enjoys writing and singing about the positive aspects of life, while also reflecting on events and people who have played a major role in his life.

His show is engaging, fun and entertaining - it's one of the must-see shows this year, and every year.

"I'm thankful to all who came out last year," he said. "I'm looking forward to seeing old friends and making new ones this year."