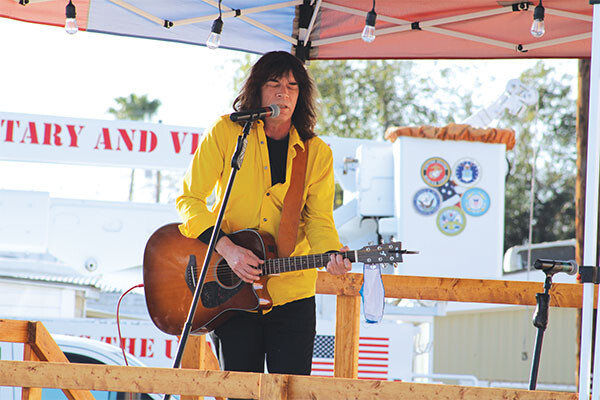 The showcases held the last two weeks for activity directors throughout the Valley were an opportunity for the entertainers to shine – and they did just that. Despite being held outside, even during a dreary Thursday, the showcases were attended well and fun was had by all.

It’s always fun to attend these shows and see the many talented artists that come to the Valley to entertain you. These artists come from all over the United States and Canada. Most of the entertainers will perform shows and for happy hours. Many of them will perform for dances. 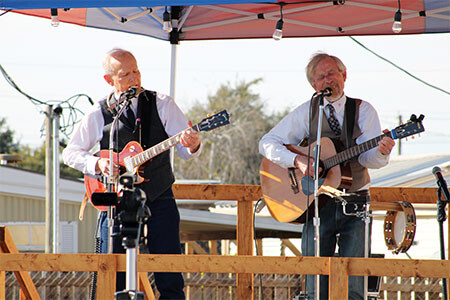 The Colliers bantered a bit with each other as they performed some great harmonies. They perform a mix of genres including country, Celtic, jazz and pop-rock. Justin Terry sang some oldies, country, and some original work as well.

Jamie Layton got up on stage with his deep country voice and really entertained the crowd. He performed some country, Christian music, and some gospel as well.

The Piano Man, Jason Whorlow, performed on the piano, singing some of his greatest hits. He likes to get requests from the crowd when doing shows.

Kai was loved by all as he shared stories and hula history along with his music. He enjoys entertaining the crowd with his ukulele and talk of Hawaii. 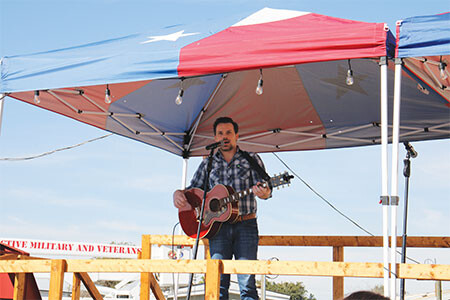 As always, Absolutely Country, Definitely Gospel presented their harmonies, country music, and sing along gospel music. Redneck Revival followed them with some comedy and a favorite song, Ghost Chicken.

Some great entertainment was provided by Lasting Impressions Mike Walker. He did some spot-on impressions of Willie Nelson, Ray Charles, Conway Twitty, and others.

Moroko, who performs rock, pop, and country, is a Mick Jagger performer and can entertain you with some Rolling Stones and other hits.

Rusty Rierson lent his voice to some country favorites as did Curt James. Rierson, as usual, can not leave the stage without sharing some cowboy comedy. Monroe Sun performed songs during the Sun Records era like Great Balls of Fire and others.

Pat Davison, Super Comedy Show, livened up the crowd with his humor and juggling. At one point he and his wife were taking turns juggling bowling pins. 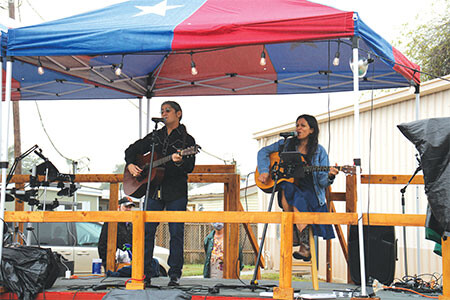 Lindley Creek, who have been performing in the Valley for 12 years, did not disappoint with their beautiful voices and blends. They play up the crowd with their spirit, bluegrass, and a little bit of country.

Ralph Kuster presented some samplings of his talents. He has ten two-hour themed shows he can perform but can also tailor more to your needs as well.

Lastly, was Johnathan Len, who really played up the crowd and had the ladies in the front screaming as he walked around jiving and singing Elvis.

These showcases are available to activity directors that are members of the Activity Directors Association. There are two every year at the beginning of January. All of the artists performing are trying to book for the coming year and this is when to get first dibs on who you want at your park.

If you are interested in becoming a part of the Activity Directors Association, call Billie Ferguson at (865) 253-2514.