Onion was center of attention at Onion Fest 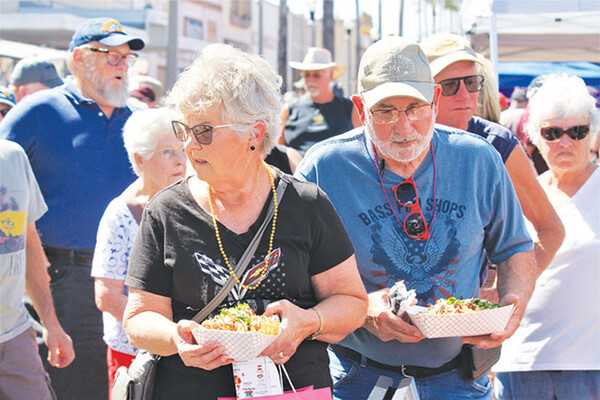 Thousands of people walked the downtown streets of Weslaco, celebrating what may have been the nicest day of the year to date, in honor of the 1015 onion.

They ate, drank and were entertained – or entertaining - as the much-loved onion, known as the “million-dollar baby” took center stage at the annual festival that returned after a COVID-19 pandemic halt. 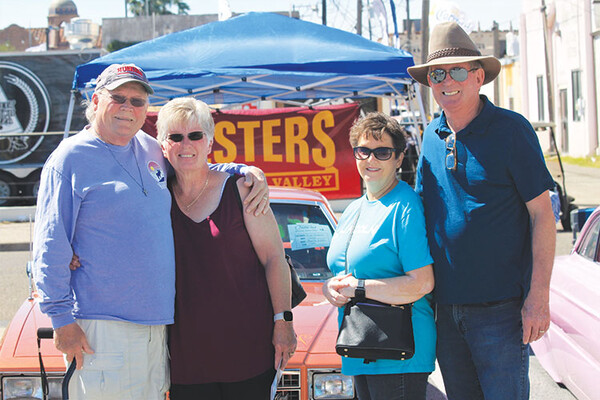 It was clear from the hoard of people that they were ready to get out for a beautiful day and enjoy the Texas Onion Fest, which celebrates the development of what has become a world-famous onion developed in Weslaco by Dr. Leonard Pike at the Texas A&M University Extension Service. The festival, which began in 1989, offers cooking demos, a car show, the 1015 Market, dancing horses, an onion-eating contest and more.

It also offers onions, plenty of onions. Bags of onions were given away; onions were a key ingredient in many of the foods being sold – especially blooming onions.

“This has been a tradition in Weslaco for a long time,” said James Cano, who was helping the Weslaco Chamber of Commerce distribute some of the free onion bags. “It has created a movement for people to come out once a year and enjoy this.” 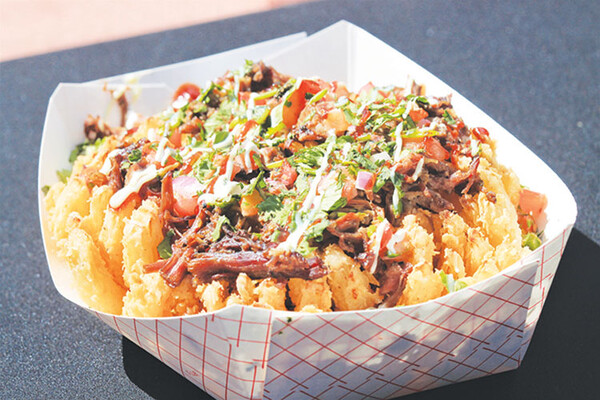 “Oh no, I can't go that far,” Linda said. “But I do like them with roast beef or on roasted sandwiches.”

Frank Macias, owner of Frankie Flav’z Craft Burgers and BBQ, said he didn’t want to make just an ordinary onion blossom so, like his burgers, he came up with something unique.
“It’s a brisket blossom,” he said. “It has chopped brisket, pico de gallo, queso fresco, barbeque sauce and some cilantro. What better toppings, it all blends in well.” 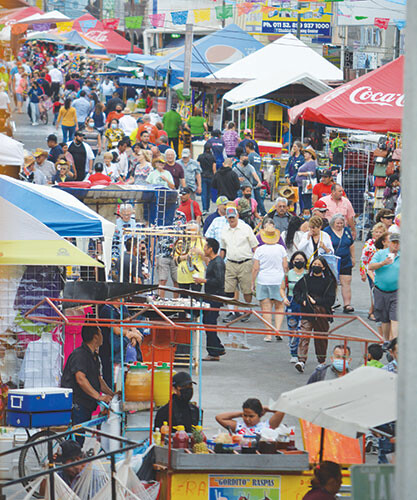 Sindy Norris is a converted Winter Texan from Iowa who visited for four years. She said the people in the park converted her. It was her first time at the Onion Fest.

“I put onions on just about everything,” she said. “I don’t know about an onion sandwich, but maybe with the 1015. It’s the no cry onion. You can chop it, chop it, chop it, and never shed a tear. It has been my favorite onion even before I came down here.”

People stopped at merchant booths, where vendors sold candles, clothing, jewelry and knick knacks, a plethora of accessories and many other items. One booth used a liquid substance to create “piercings” and several Winter Texans lined up to see how they looked with a temporary nose piercing. The liquid hardens and then is easily washed off.
All of this celebration in homage to an onion. Ironically, it was enough to make a personified 1015 onion cry.