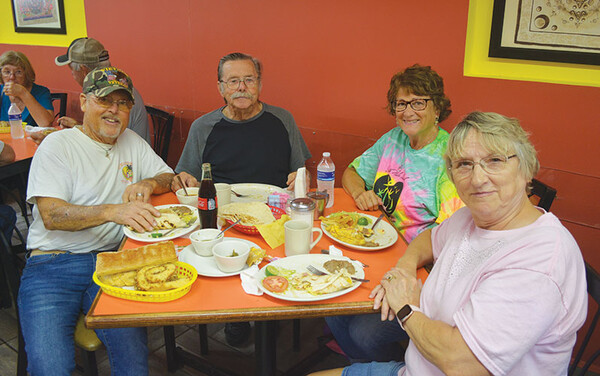 Tourist Day in Nuevo Progreso, Mexico was a “breeze” for Winter Texans attending the all-day appreciation of visitors’ celebration on March 21.

Despite the strong gusts of wind, Winter Texans enjoyed the entertainment, the trinkets, and the food, which included free tamales as the visitors came across the international bridge over the Rio Grande River.

The fun began even before leaving the U.S. side, with Winter Texans invited to have photos taken in a Tourist Day 2022 decorated picture frame. Five Winter Texans from Bit of Heaven RV & MH Resort in Donna, Andy and Luanne Mosca, Shoan and Melinda McCready and Cris Johnson needed two frames to do it together. 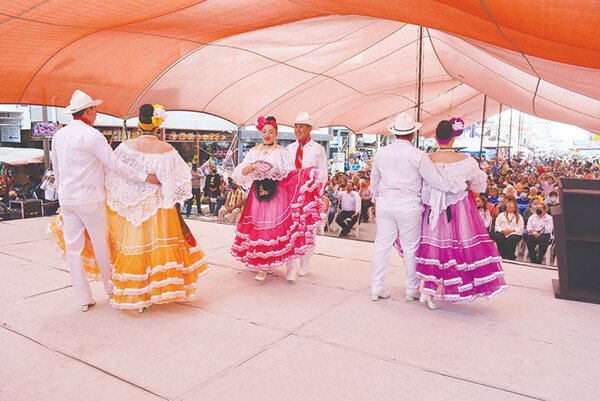 Andy, who with his wife have been in the Valley three years, related they had been to the Welcome Back Progreso event in the fall, where they met and had a picture taken with the mayor of the Mexican city. The couple are from Illinois, while the McCreadys, here three years, are from Iowa. Johnson, who has been in the RGV for 15 seasons, is from Wisconsin.

One of the popular stops for those arriving early was Rene’s Restaurant and Bakery, where Alan and Sandy Markey and Virgil and Julie Nicholson came for breakfast. The Markeys, who have been here for five seasons and the Nicholsons, here three winters, and all hailing from Iowa, stay at Country Sunshine Park in Weslaco.

Teresa Dornseif, another resident from the same park, came for one of the popular bakery pastries. She had been to Tourist Day in the past, and said, “I love this event.” 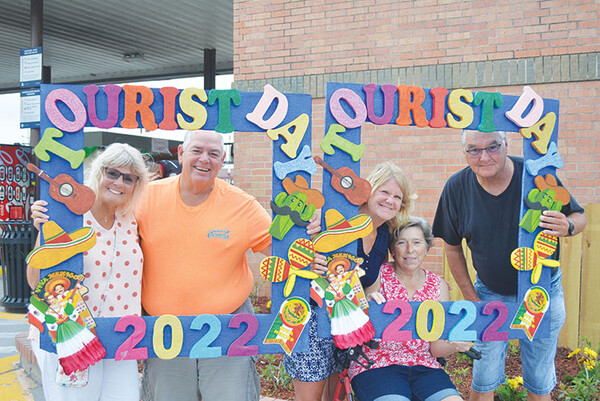 Coming from Tropical Trails Resort in Brownsville were Doug and DeLora Sullivan and Jeff and Debbie Hesse, who marked their first time at Tourist Day. They watched the people passing by from the balcony of the Canada Store restaurant. This was the first year in the Valley for the Sullivans, from New York State, who noted how friendly the people have been whom they have met. The Hesses, who are from Wisconsin, like the Valley, with Jeff noting how much he likes the shrimp boils. Debbie added there is plenty to do at their park.

Tourist Day included a late morning welcome by Progreso officials to the large crowd that gathered at the north stage. Included on the platform were dignitaries from other nearby cities for the 46th year of the event.

Entertainment, consisting of dancers, singers, gymnasts, and mariachi bands, preceded and followed the welcoming ceremony, which drew a large audience of Winter Texans.