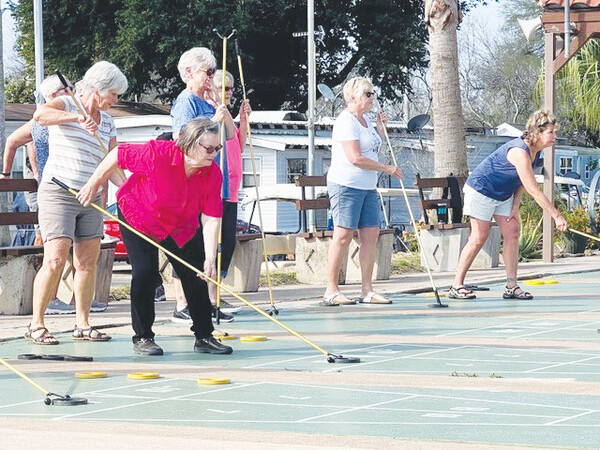 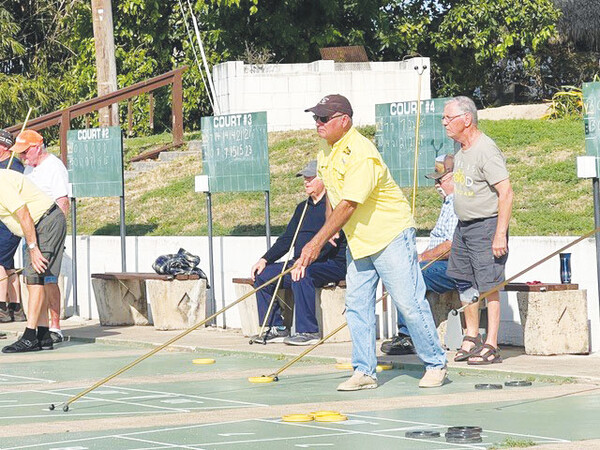 Shuffleboard is a very popular activity at La Floresta RV Park. The tournaments were begun about 10 years ago by George Link, from Manitoba, Canada. He explained that they enjoyed curling in Canada and saw similarities with shuffleboard, except that shuffleboard is done on a court, instead of ice. Shuffleboard games are held twice a week under the direction of Bill Hocken of Ontario, Canada.