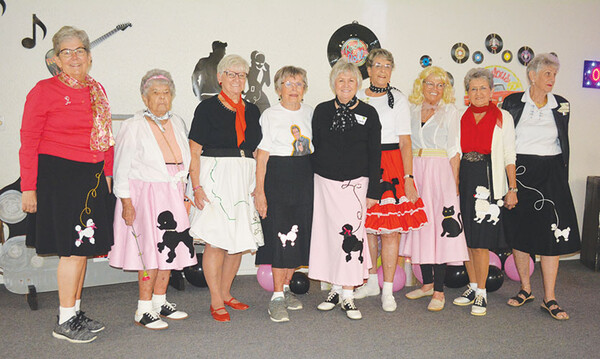 The 38th event was chaired by Lynette Smith with assistance from last coordinator in 2020, Pat Yoder. There was no event in 2021 due to covid pandemic concerns. Because of the lingering fallout from the pandemic, this year’s event was limited to park residents, which in the past had drawn up to 300 women. Smith said, “It was disappointing to outsiders,” Smith said, “but felt it was in the best interests of all to limit it.”

Hammond said the style show was launched in 1983 by the park’s Bunch for Lunch women. “I’m happy that it is going on this year,” she said. Barb Bierman, a past show coordinator, said, “It’s a fun activity.”

As women arrived, they each received a rose from Rena Marketon and an escort to the dining tables by one of the Gentlemen of Pharr South, who also served the burger meal.
The guys escorted the style show models to the runway in the middle of the hall, with outfits described by narrator Bierman and Sandy Pena from Lionels Western of Weslaco and Lionels Boutique in Mission. Clothing also was paraded for the Cato store in McAllen. 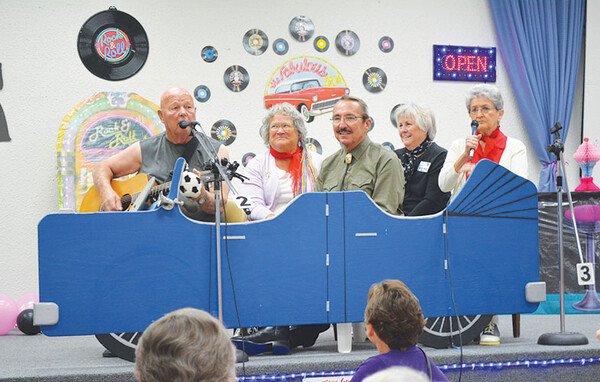 During the style show intermission, a little local entertainment livened up the afternoon, which featured Terry Juhl, Jane Heinen, Ted and Pat Yoder and Lynette Smith doing a 50s song in their “automobile,” followed by Mary Lou Hall and Perry Heaton in a 50s skit/dance number.

Hammond thanked the audience for spending a “Happy Day with us.”