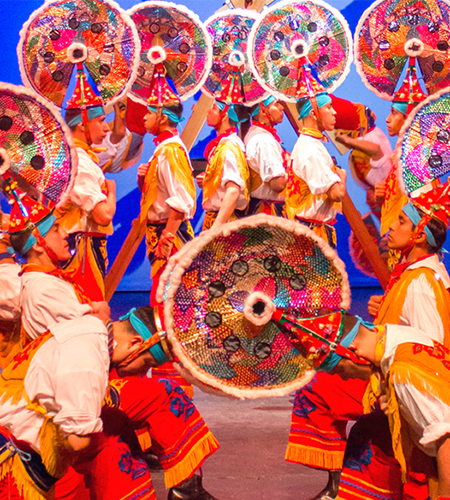 RIO GRANDE VALLEY, TEXAS – The UTRGV Center for Latin American Arts will present an evening with the Ballet Folklórico de la Universidad Veracruzana, 7 p.m. December 7 in the Performing Arts Complex on the Edinburg Campus and Dec. 8 at the TSC Performing Arts Center in Brownsville.

Guest performers will offer two shows open to the public and will team with UTRGV university students and dance professors to host ballet folklórico dance clinics for students at various public schools throughout the Valley.

The dance company also will give three large clinics at the UTRGV dance studios at both campuses.

The Center for Latin American Arts hopes this event will engage the community and create a greater awareness and appreciation for Mexican culture and traditions. All proceeds from the ticket sales support future programming projects at the Center and enable the CLAA to fund faculty and student research initiatives and provide salaries of graduate student staff members.

Tickets, available at http://patron.utrgv.edu/CLAA, are $20 for general admission and $15 for students and seniors.