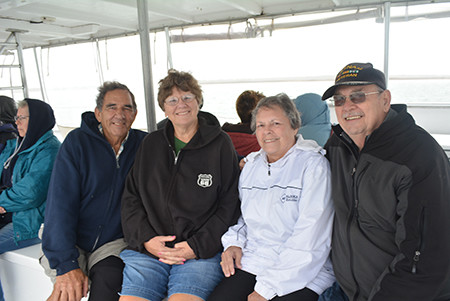 Hollywood has nothing on red carpet events compared to what Winter Texans receive as they return to the Valley with open arms awaiting them.

Special dances, potlucks and Winter Texan welcome back parties are just some of the things that await the part-time residents, who mean so much to the Valley, it's economy and everything from tourism to volunteering. While they are here for just a portion of the year, they have built relationships inside and outside of their parks and all throughout the Rio Grande Valley.

Kim Poyer, park manager for Llano Grande Lake Park Resort, said the park throws a huge welcome back party at the Hynes Event Center after most of the residents in the nearly 3,000-population park have returned. 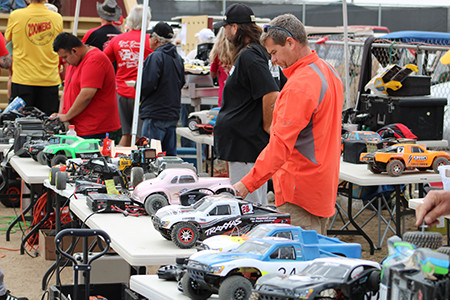 “We do a welcome back party with music, adult beverages, something to eat all at our Hynes Event Center,” Poyer said. “But we do so much here, that's just at the beginning. We also have twice a month a new resident orientation which includes touring the park, presentations, a packet with all the different events and groups – there are a million things going on here all the time. Residents never have to leave if they don't want.”

But the welcome back party doesn't end at the beginning of the year across the Valley, it goes the entire season, pretty much up until they are ready to head back to their northern homes.

Linda Miller, activities park director at Alamo Rec and the RGV Parks, said that the Winter Texans return is a season-long celebration, especially since they return sporadically throughout the season. She said several different events are coordinated to celebrate their return.

Poyer has also noticed that not only has there been an increase in the Winter Texan population, confirmed by the annual Winter Texan Survey Report, but she said that the residents are staying longer, specifically mentioning the Canadian visitors who will use up as much of the time they are allotted to stay in the Valley before having to return home across the northern border.

“They're coming a little earlier in December and even coming in November, Poyer said. “We have about 250-300 residents who stay all year and we have so many activities in the offseason that some people want to come back sooner. That's great for them, for us and for our economy.”

According to the survey, published by the UTRGV Robert C. Vackar College of Business and Entrepreneurship Business and Tourism Research Center, there was not only an increase in first-time Winter 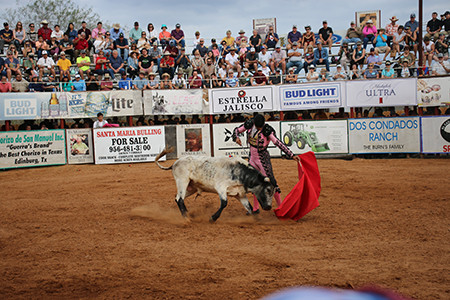 Texans but also an increase in the number of days staying in the Valley at 133. In 2006, Winter Texans stayed for about 122 days.

There are several reasons for that trend to expect to continue as well. Responses to the survey collected answers to what Winter Texans enjoyed the most about the Valley. Climate, cost of living, friendly people and social activities were the top four.

This year, Winter Texans may have forgotten what Winter is supposed to look like.

Gerry Le Croix and his wife Teresa visited some friends during the New Year's holiday from Ontario staying at Fun n Sun RV Park.
On New Year's Day they, along with other friends – and soon to be friends – enjoyed a 70-degree high on South Padre Island for the annual Polar Bear dip, which the city promotes as the warmest Polar Bear dip in the country.

Sixty-degree water temperatures did not face the hundreds of Island visitors that day ready to take the plunge. As the mixture of residents and Winter Texans came out of the water, one could tell who was who based on their reactions alone.

“It was cool, but not like what we'd face back north,” Le Croix said. “We'd more than likely break the ice to get into the water in some places, if we're not stuck at home shoveling snow.”

Pools at RV Parks across the Valley not only remained opened, but at places like Victoria Palms in Donna or Alamo Country Club, there were people almost always ready for a quick game of water volleyball.

Compared to Florida or Arizona, the cost of living in South Texas is a major attraction – for businesses, for people looking to move elsewhere and for Winter Texans alike. 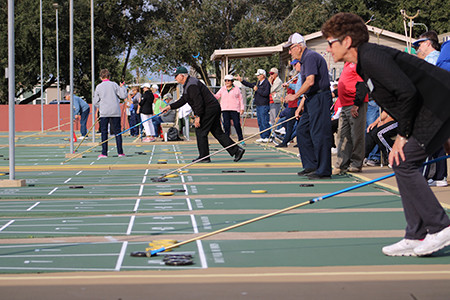 “The Winter Texans spend a lot of money in the Valley,” Poyer said. “But there is also a lot of things to do that don't cost as much or doesn't cost at all. Plus, really you never even have to leave the park if you don't want to because everything is here and there's so much to do.”

“People go to Progreso all the time for their medication, to go shopping and to go eat and drink,” Alamo Rec's Miller said. “Some people still think it's dangerous, but I go a lot in the summer when I can, and the Winter Texans go over there all the time. There are so many things they can buy over there that are cheaper than getting it here, and you can go and have a fun time.

“That's the thing, if they want to do something, there's so much to do outside the park. And since the cost of living is much lower here, they can go and spend that money elsewhere – like Mission or Harlingen or the Island. There's just a lot to do.”

While this one's a little hard to measure statistically, it still came up as the third most popular reason that the Winter Texan returns, and it probably holds a direct correlation to the number of Winter Texans who knew each other before they came to the Valley to live.

“Word of mouth and Facebook is really huge for us and for the Valley to get the word around,” Poyer said. “People will share all the fun they are having, and their friends and family will see it or hear about it and they will come visit.”

Llano Grande also held a “stay for free” promotion where visitors looking to move away from the depressing winters, could visit the park and live for two weeks. That's all it took to convince several people to come back and stay.

“That was huge for us,” Poyer said. “They made friends and some already had friends here, so they wanted to be a part of that and all we have to offer.”

The friendliness response is a two-way street; hospitals, schools and other businesses also have found Winter Texans to be extremely friendly, volunteering and donating their time for many great causes including raising scholarships for children, helping the Food Bank or just being a part of area charity golf tournaments.

“They just mean too much to the Valley, in every aspect.” Miller said.

While thousands of Northerners relocate to the Rio Grande Valley for up to six months, dozens of top-class entertainers spend anywhere from one to three months in the Valley to Wintertain crowds at different parks. They come from Branson, Missouri, Las Vegas, Nashville and even Canada to add to the Winter Texan living experience.

Rusty Rierson, the 2019 Valley Star Awards Male Vocalist of the Year, had a No. 1 country hit in Europe called “Stickers on a Bentley;” Dave Salyer from the Dave and Daphne show, a three-time Duo of the Year, played lead guitar for Barbara Mandrell and was called one of the greatest guitarists in the land by country star Roy Clark.

While Wintertainers and the hundreds of dances held throughout the Valley is a big part of what Winter Texans do (“We go out dancing at least three times a week,” said Dan Cornwell at Tropic Star RV Park. “We especially like Steven May.”), there has also been new interests exploding at parks, especially pickleball and remote-control racing.

At Llano Grande and Alamo Rec, there are tracks for race cars and even some boat racing going on. More and more parks are building a variety of tracks – from cement to dirt to even carpet – the hobby has taken the Valley by storm as Baby Boomers start getting into retirement mode and are looking for different activities to take part in. Alamo Rec even has one of the only indoor gun ranges in the nation at an RV Park.

“We are a pretty young 55 and older park,” said Poyer, adding that residents even had some RC drag racing events in the Hynes Center parking lot. “New residents are coming in wanting to do different things and hear different things. We have so much going on here all the time, they usually find what they are looking for or they ask, and we try to accommodate them.”