Concert in the forest featuring Cicadas 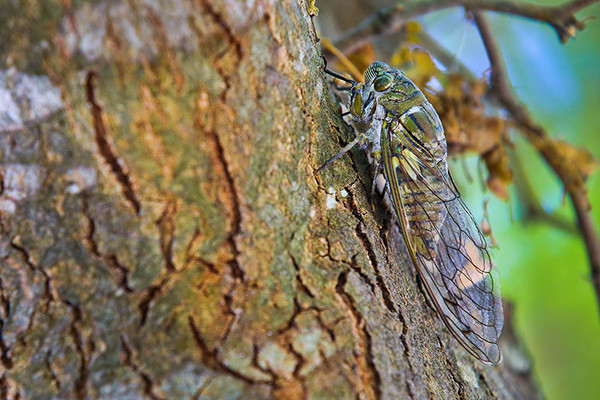 Would you like a sound track of cicadas singing in the forest? The cicada concert is happening now in the Thornforest at Quinta Mazatlán. The high-pitched song of the insect is a mating call belted out by males. The females do not sing but respond by flicking their wings together. The noise can be heard up to a half-mile away, which makes the cicadas, pronounced suh-KEI-duh, one of the loudest insects in the world.

There are over 3,000 species of cicadas, 54 in Texas, 11 of which are in the Rio Grande Valley. The Giant Cicada is found only in South Texas and is the world’s largest and loudest. Typically, cicadas sing during the heat of the day and are differentiated by their sound, not their camouflaged appearance. The cicada sings by contracting the internal tymbal muscles. It sounds like a steady rain in the forest, a sound repeated without a pause zwEEEEEEEEEEEEEEEEEEEEEEEEEEE. In addition to attracting a mate, the loud noise keeps other animals away to protect the insect.

Cicadas are difficult to study as they spend almost their entire lives underground as what entomologists call “nymphs”. Nymphs grow underground and feed on tree roots for 5 to 17 years, based on the species. The nymphs of all species pass through four molts. The fifth and final molt occurs above ground. The cicadas emerge in huge groups, numbering millions of insects but they have a short lifespan of about a month above ground. The females leave behind hundreds of eggs; fall off a branch and die. The males might live a few days longer. 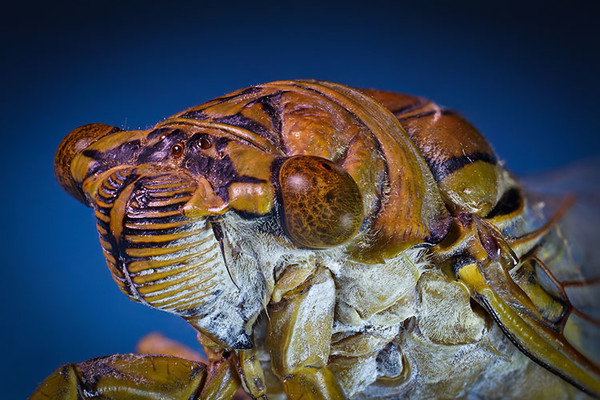 The emergence of the cicadas is the delight of many an animal such as raccoons, turtles and birds. People also eat them barbecued, boiled, baked and sautéed. Cicadas are not poisonous, a big part of their appeal to other animals, and do not harm humans. Their primary defense is sheer numbers. Predators cannot make a dent in their numbers and thus billions are left alive to mate and lay their eggs. The adults die quickly after their work is done. Once the cicada eggs hatch in the tree branches, the small nymphs drop to the ground where they burrow in the soil for another 17 years. Their favorite food in the Valley is the Huisache and other members of the Legume family, but will really eat just about anything.

A forest is home to so many creatures that need to be protected as they are all part of the Circle of Life—a favorite song of the cicadas. Enjoy the great outdoors with your family at Quinta Mazatlan, Tuesday to Saturday 8 a.m. to 5 p.m. and Thursdays until 8 p.m. Follow Quinta Mazatlán on Facebook, Twitter, Instagram, and Youtube @QuintaMazatlan to learn more about our natural and cultural heritage in the Rio Grande Valley of South Texas.

Every summer the cicadas sing the Song of Life in the forest at Quinta Mazatlán. The world’s largest and loudest insect lives in the Rio Grande Valley—the Giant Cicada.

Cicadas have 5 eyes. Two large compound eyes are used to visually see the world around them. Three small, jewel-like eyes called ocelli are located between the two main eyes. It is believed the ocelli are used to detect light and darkness. Ocelli means little eyes in Latin.