The Magic of the Mesquite 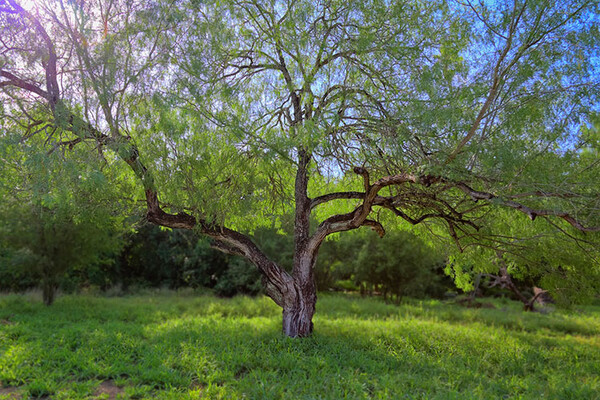 We’ve all heard of the mesquite tree in Texas –either sitting around a mesquite fire cooking fajitas or enjoying the shade of the beautiful tree. It has been dubbed the “Tree of Life” because of its ability to offer life-giving sustenance in harsh environments. The tree has an amazing history and provides native people, past and present, with the Big Five; food, fuel, fertilizer, furniture, and fence posts. Literally, every part of the tree is useful. 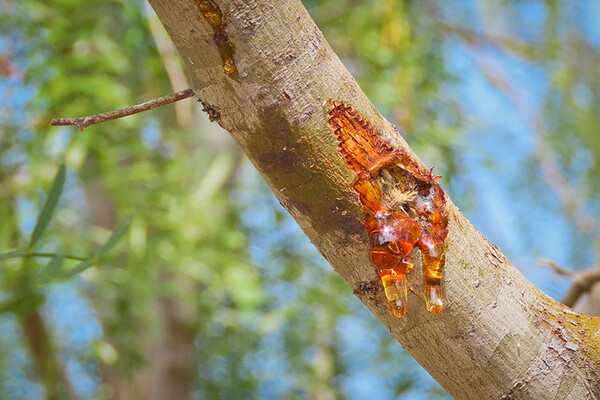 The nitrogen-fixing attributes of mesquites are well known and left in fields, returning much-needed nitrogen to the soil. The deep roots go out as far as the canopy of the tree, reaching down to the water table making the tree a survivor in harsh environments.

As the mesquite was the most important food plant for Native Americans, village sites were selected based on mesquite trees. The bark was harvested and used to weave baskets and pounded to make mats and fabrics. The wood was used for firewood, pillars, furniture and tool handles. Today the wood is still popular for fencing and corrals.

The most important uses for mesquite trees are the pods which hang in clusters. Great quantities of the beans were eaten fresh by Native Americans. The seeds or beans are sweet and offer nutritional benefits. The pods were ground into a meal, usually with a metate, to make small sun-dried cakes and flat breads. Today, local companies like the Cappadona Ranch sell mesquite goods. They roast the pods and grind them into a beautiful dark flour which smells like roasted chocolate. The Cappadona banana bread recipe is a must for your family—mixed half with all-purpose flour and mesquite flour. 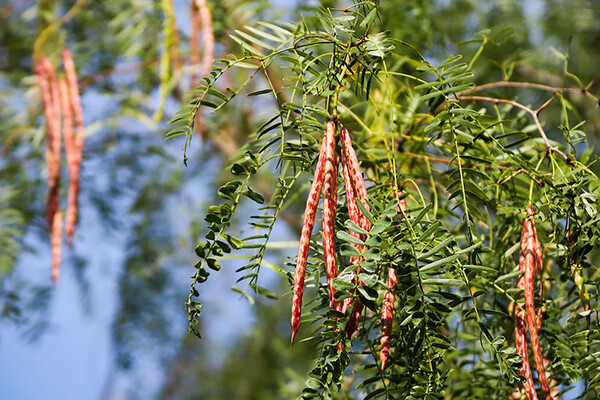 Although the pods were the most important resource, all parts of the mesquite were used. The flowers were collected in the spring, roasted, and pressed into a food ball. The leaves were boiled in water for a tea—which was also used as an eyewash and treatment for stomachaches.

The mesquite gum that oozes out from the tree bark has medicinal benefits such as helping with a sunburn, easing stomach distress and reducing headaches. The sweet chewy sap was used as a spoonful of sugar to help the medicine go down. The sap was also known to be used as a glue and mortar.

Of course, mesquite trees not only benefit people but wildlife as well. Hundreds of animals and plants rely on the mesquite tree for survival and reproduction.

Bees rely on its pollen to produce food for their young and honey for the winter. Deer, javelina, coyotes, jackrabbits, skunks, quail and dove consume the beans as do livestock. 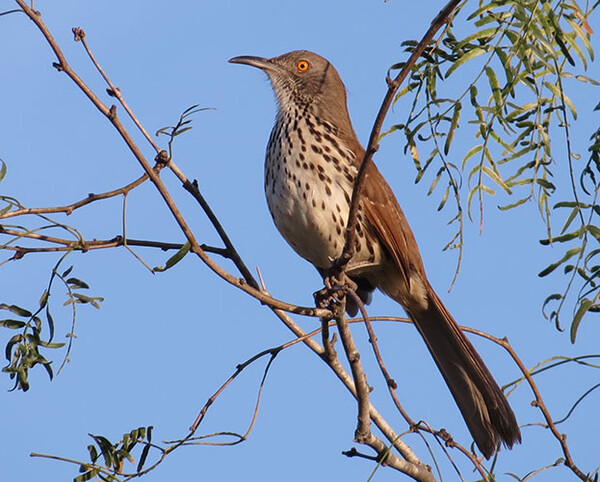 In order to protect our environment, we need to continue to grow our relationship with our native plants and animals. Enjoy the magic of the mesquite at Quinta Mazatlán, Tuesdays through Saturdays, 8 to 5 and Thursday nights. Follow the Quinta Mazatlán YouTube Channel, Facebook and other social media platforms to learn more about our natural heritage in South Texas.

The Honey Mesquite tree can reach up to 36’ tall and makes for a beautiful shade tree.

The sweet bean pods are nutritional and eaten by people and wildlife alike.

Out of all the mesquite trees in the United States, Texas holds 76%--a true Texas Treasure.