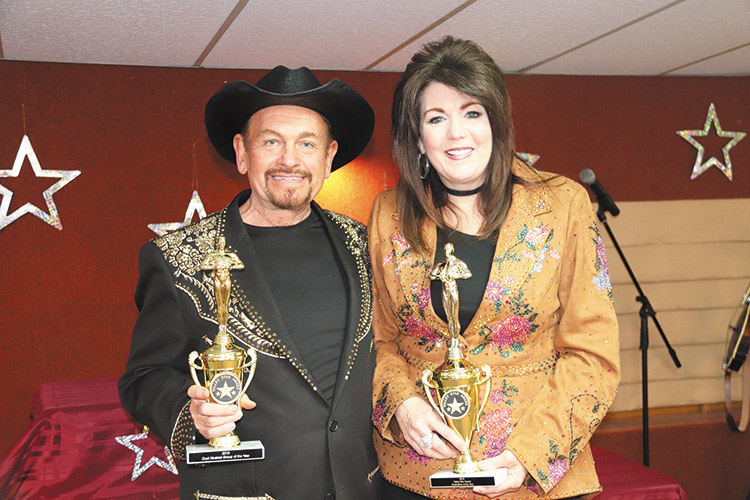 Music, comedy and an afternoon of entertainment by six of the Valley’s best entertainers highlighted the 2019 Valley Star Awards, presented by the Winter Texan Times and Robert and Billie Ferguson at Mission Bell Resort.

Winter Texans voted for entertainers in 11 different categories and the entertainer of the year awards were announced a la Oscar style in front of a full house of Winter Texans from across the Rio Grande Valley.

Dave and Daphne capped off the night with the biggest award, being named Entertainer of the Year. They also captured Duet Musical Group of the Year, winning that award for the second straight year. Dave and Daphne have been performing in the Valley for eight years. Dave, who once toured with Barbara Mandrell, is known for his incredibly fast guitar playing, impressing audiences with his skill by playing tunes such as “Flight of the Bumblebee,” and the “William Tell Overture.” He also does a mean Willie Nelson impersonation. Daphne is the perfect complement for the duo with Daphne, whose powerful and beautiful voice demands attention.

“We were honored just to be nominated, so to be selected again for Duo of the Year Award was quite awesome,” Daphne said. “To win Entertainer of the Year was over the top and just way more than we ever imagined. Our thanks to the Winter Texans Times and owner Jim Brunson and staff, and to Robert and Billie Ferguson for their collaborative efforts and creations to bring things to the Valley.

“We are extremely grateful for the activity directors and their nomination as well as the Winter Texans who voted for us,” Daphne said. “Last, but certainly not least, we are forever amazed at all these blessings that come from our gracious Lord. We look forward to many more fun years to come.”

Another veteran of the Rio Grande, Maggie May, the country rocker, was named Female Vocalist of the Year. Others up for that award included LaDawn, Kellie Marie and Tavie Spivey. 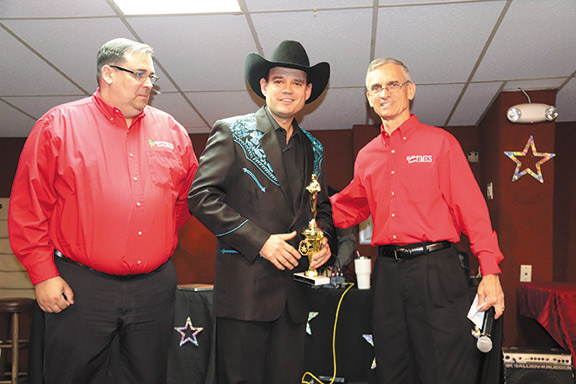 Rierson does a variety of country music favorites from several different eras, tells jokes and shares stories – both funny and thought-provoking, and has an alter ego known as “Rockin' Rusty,” a wilder version of Rusty that looks much like the mullet-wearing Billy Ray Cyrus (and Rusty as well, of course) and appears from time to time at different shows. 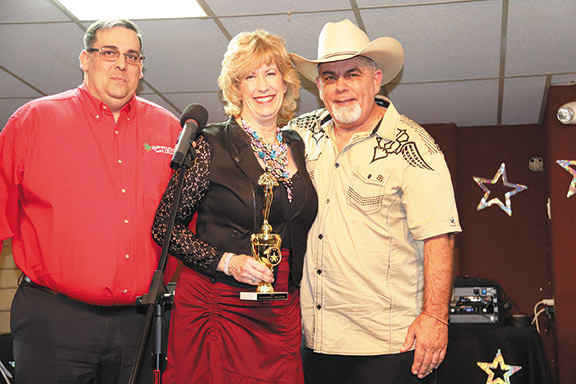 “The Valley Star Awards was a special event for sure,” said Rierson, a Kansas native and graduate from Kansas State with degrees in animal science and economics. “The whole thing went off without a hitch. Winning Male Vocalist of the Year was quite an honor and I want to say thank you for the support.

“I know I'm new to the Valley, but the folks here have made me feel very much at home. I'm definitely looking for to the 2020 season and hoping for lots of great shows and many new friends.”

Other winners in their respective categories included: 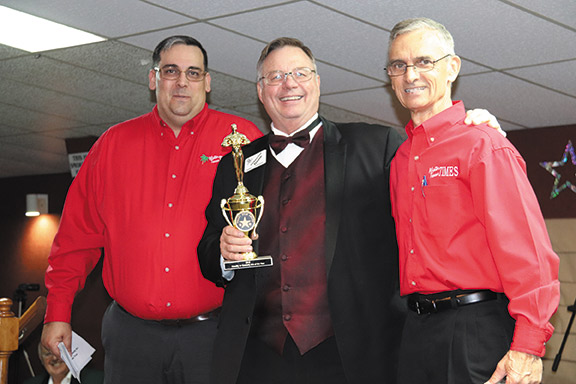 But the Awards Show included much more than just the awards presentations; six different performers kept the audience wildly entertained. Turner “Mr. Pickpocket,” showed a few audience members why he goes by that moniker, bringing some up to the stage, pickpocketing items such as rings, watches, wallets and even keys to a car and sending them back to the crowd, many times still with his most recent “finds.”

Other entertainers who performed for the show included Shake, Rattle and Roll; Rierson; Helen Russell & Co.; and Williamson Branch.

Shake, Rattle and Roll, the four female group dazzled the audience with their dresses and their music, kicking off the day in style with classic rock 'n roll songs from the 50s, 60s and 70s. Tavie Spivey worked those in attendance for some audience interaction and was the perfect way to open the event.

The long-time favorite variety band Helen Russell & Co. performed, bringing their high energy, comedy and variety show to the stage, getting rousing applause as those attending expressed their delight. Minutes later they would be back on stage as one of the night's category winners. 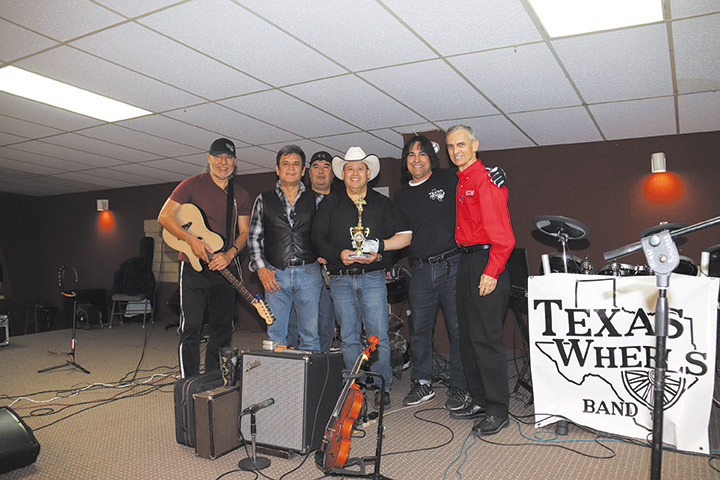 One performer sent lightning through the crowd with his few minutes on stage; the adrenaline-rich Kai and his ukelele. The San Antonio resident and first-year full-time Wintertainer™ dazzled on stage, jumping, twisting and playing lightning-quick riffs on his ukelele.

Kai's highlight of highlights came as he played “Johnny B. Goode” and combined a little bit of Michael Jackson, Chuck Berry and Jimi Hendrix as part of the song, moonwalking (Jackson), duck walking (Berry) and playing the ukelele behind his head while face first on the stage (Hendrix).

Like Rierson, Kai has been a hot name in his first year entertaining Winter Texans.

“This was just an amazing experience and a wonderful opportunity for me and I'm just so grateful,” Kai said. “I was just like a fan for most of the show, really amazed at all the talent that kept going up on stage.

“This is my first year entertaining and I'm learning so much from others and so much from all the friendly Winter Texans. It's such an exciting experience. I'm blessed.”

After the Williamson Branch family band closed with a wild mix of bluegrass music, with terrific instrumentals and amazing harmonies, all of the entertainers were called to the stage to honor former long-time Winter Texans Times Editor Kathy Olivarez for her dedication to the Winter Texans across the Valley.

“Never did I expect something like this,” she said. “I still love being with the Winter Texans and writing stories, even though I've slowed down a bit. Thank you so much.”

The day concluded as Williamson Branch led an all-entertainer performance (similar to “We Are the World”) in “I'll Fly Away.” Different performers such as the Kody Norris Band, Rierson, Kellie Marie and others each took turns with a verse as the electric annual show came to a curtain call.

“This was a great time,” Rierson said. “I can't wait for next year.”