From the Cheap Seats 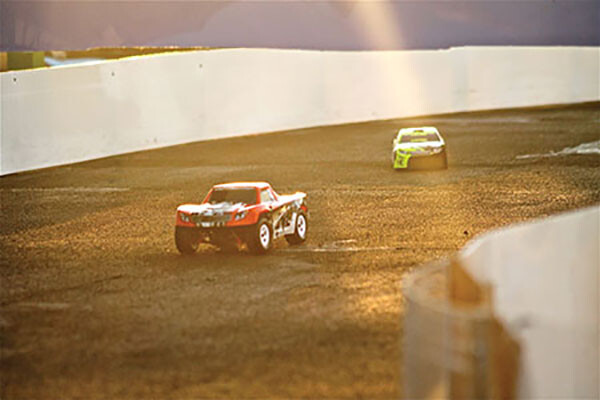 Tripp Wright was watching the cars race around the oval when he was told he needed to “pick a driver.”

He didn't know much about NASCAR at the time, but he knew which car he liked.

“I said, ‘That No. 3 Wrangler car looks good’ and I stuck with him,” said Wright, originally from Florida and moved to the Valley with his wife Maggie after retiring as a union carpenter in New York City. “I had been racing for many years and started again when we moved down here. It's terrific here." 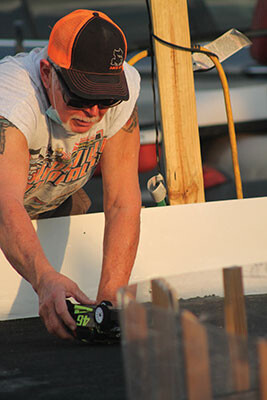 That driver that Wright began following ended up being future hall of famer Dale Earnhardt, who later made his No. 3 black Goodwrench car one of the most notorious on the Winston Cup Series and whose infamous nickname was “The Intimidator” – and for good reason. If a driver saw that No. 3 coming up behind him, they knew a rubbing, bumping and white-knuckled war wasn't too far away.

Now, Wright owns a 1/18th scale 1RC remote control No. 3 Earnhardt car. It was one of a few cars that took to the oval at Alamo Rec RV Park for the first racing night of the Winter Texan season. Registration begins on the track at 5:30 and racing at 7 p.m. on Mondays. In November that will change to 4:30 and 6 p.m. due to the time change.

There are also Saturday races at the park's dirt track, where 1/10th scale replicas make their way around.

Mike Fleming started RC racing in Bakersfield, California. He and his wife began visiting the Valley, where he said they have friends and relatives, since 2017 – now they are permanent Winter Texans. He was helping organize the event as well as preparing his cars for the different divisions.

“Our friends and relatives all told us about the racing here in South Texas and how big it was,” he said. “It's got more tracks and bigger racing series for these cars than about anywhere in the country, more so than Bakersfield and that's a hotspot. It's really amazing.” 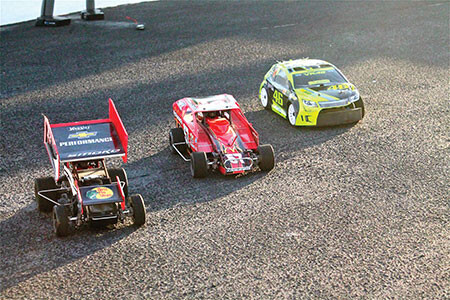 “More Winter Texans and people in our age group are racing and it's not a bunch of kids you're racing against and that levels the competition a little bit.”

Plans are to also have boat races on the park's large pond, something the park had offered a couple years ago. Racing is open each week to anyone who wants to put their cars or trucks on the track. There's even a timed division that focuses more on consistent driving. If a car goes too fast, the lap doesn't get counted.

“The timed class is for people wanting to get into the sport,” Fleming said. “It's more about controlled racing and being consistent and improving your skills. If you try to go too fast, you'll break out, so it pays to be consistent.”

The races are broken into heats before moving on to the sub main event. The winning machine from each sub event then heads to the finals – a 40-lap showdown with as many as five cars. Beginning in November, the racing at both of the tracks will be part of a season-long series where points are earned, and prizes are given at a year-end banquet.

“Anybody can come and register,” Fleming said. “These tracks are a lot of fun. Just show up.”

It's something that wouldn't be complete without an Earnhardt car in the mix.