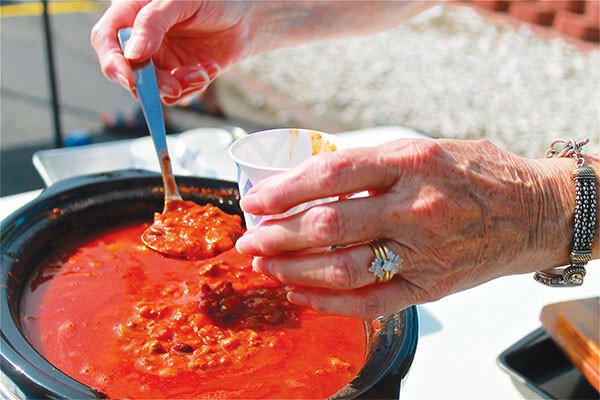 Sport climbing, surfing, skateboarding, karate, baseball, and softball are all new sports for the 2020 Tokyo Summer Olympics (baseball and softball making a return).

Maybe the International Olympics Committee should consider chili and cornbread cookoffs as well for future games. With McAllen Mobile Park giving a super-small sampling, if the results are anywhere near as tasty, it will surely be a hit and a long-standing event where winners will fiercely battle for the gold medal.

McAllen Mobile Park kicked off its annual Olympics with cornbread and chili competitions – two separate events being held at the same time (and it made a lot of sense – come on, chili and cornbread…a perfect combination). Like those other “questionable” sports being added to the Tokyo games, cornbread and chili were newcomers to the local Winter Texan park. 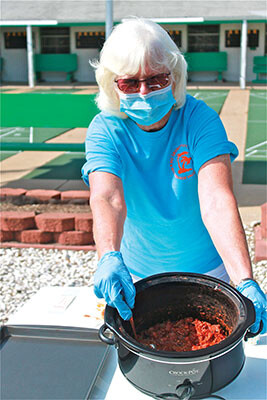 Eight park residents tackled the chili event, while seven cornbread entrants were up in front of their stoves early that morning to beat the deadline and place their creations on tables set up outside (and socially distanced) for the judges, then for park residents.

The Olympics, which usually span about eight weeks with a wide variety of games and competitions – with social distancing in mind this year – were forced to be postponed for the time being.

Still, the cookoff was a delightful way to kick off the event, have people gather and taste some pretty amazing recipes. It was a much-needed distraction to a Winter Texan season that has been dominated and stifled by the world wide corona virus pandemic.

None of the chilis reached a heat that would melt one’s face or send volcanic lava out of their ears, something that is more common than not in many Valley chilis. Consistencies and ingredients were wide ranging and one contestant “went off the board,” and created a white chicken chili.

“That one took me by surprise,” said Joe Shelton who, along with his wife Shirley, were two of the judges for the chili portion. “That one was kind of the farthest out – I wasn’t expecting that for a chili.” 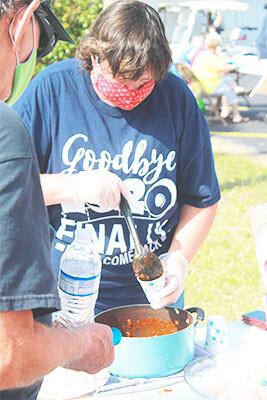 The Sheltons, who live in Minnesota during their non-McAllen Mobile months, agreed that the biggest and most critical element of chili is the flavor. Joe added that he should not be even judging the competition due to his diet.

“It doesn’t matter what it looks like,” Shirley said, following the comedy routine of her husband, who is one of the games coordinators. “A little bit of spice is good and as long as it tastes good, that’s all that matters.” 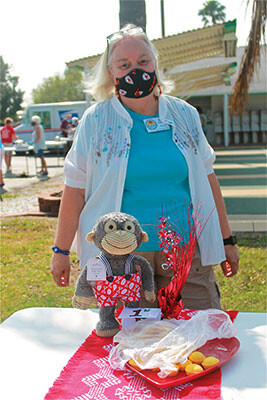 At the end of the day, Minnesota native Debbie Sheets claimed first place after the judges had to use their tie-breaking formula to decide the winner. (I would have just eaten more).

Diane Behrens claimed she was not a professional cook after winning the cornbread category with her sweet cornbread entry.

“We used to have this restaurant in Kansas City that made sweet cornbread, so this is their recipe,” she said, adding that she was working all morning to prepare it on time and not miss the deadline. “For the park to be able to organize this is really, really great. Everyone needs to be able to do something and this got everyone to come out and socialize – at a distance with our masks.”

Behrens may be socializing again this weekend. The Kansas City native is rooting for her beloved Chiefs to win their second straight Super Bowl on Sunday against Tom Brady and the Tampa Bay Buccaneers.