Desert Polynesia – new to the valley 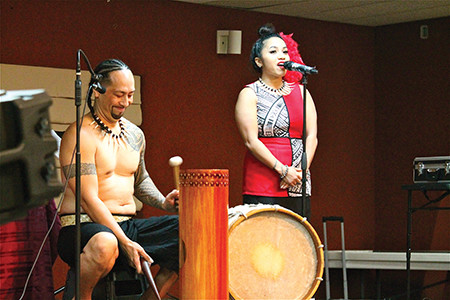 Desert Polynesia, new to the Valley, performed recently at the Valley Star Awards. While there were only two people performing with the group for this show, in the future, they will probably have more participants. The group plans to return next year and perform at one of the Showcase events.

The group has over 20 years of experience of telling a story with their dances, songs, and drum beating. In 2013, they became the official performers for Sea World Aquatica San Antonio’s Island Nights. They have performed throughout the United States, including California, Washington, Tennessee, Louisiana, Missouri, Kansas, Oklahoma, Mississippi, Georgia, Nevada, New Mexico, and Hawaii. They have even performed in Guam and Samoa.

They are currently based in San Antonio where group members offer classes and workshops. In April, they will be taking part in the annual Alamo Aloha Fest held in San Antonio.

If you want to learn more about them, visit their website at https://desertpolynesia.net/.