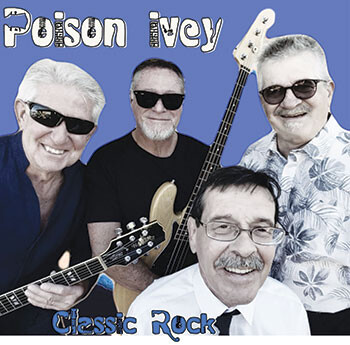 The group is comprised of four seasoned musicians playing in Rock N Roll bands since the 60’s.

Danny Ivey plays lead guitar and is lead singer. He has performed on stage 49 years and in the Valley for the past eight years. His voice is one you won’t forget.

Myles McKay on bass guitar and back-up vocals has performed classic rock and blues since he was 14 years old.

Keyboard player and back-up vocals, Curt Eisenbeisz, started his music career at age six. He began performing on stage at age 13 then went on to teach music and band for 20 years.

Richard St Germaine, drummer and back-up vocals, studied percussion as a young adult and has performed on stage his entire adult life. He was a studio drummer playing with several famous artists.

This group of professional musicians pack the dance floor and offer an evening you won’t forget. If you can’t dance to it…they don’t play it!